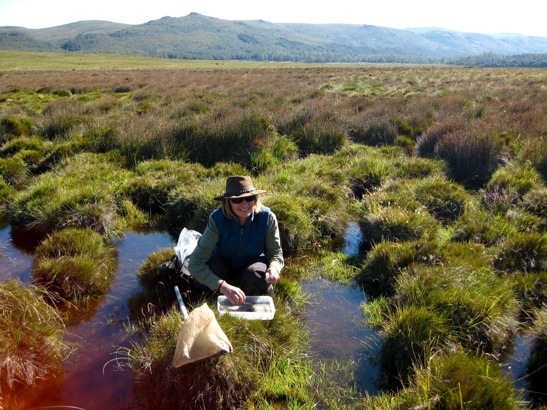 The main aims of this national ABRS project are to increase knowledge of the biodiversity that is conserved by the National Reserve system, and to discover and name new species found in recently acquired reserves. The information gathered by this survey will provide baseline data for biodiversity in Australian government-funded areas added to the National Reserve System in the last 15 years.

The Tasmanian part of the survey was conducted by approximately 20 scientists with specialist knowledge in targeted taxonomic groups. Participants included TMAG staff, honoraries, and volunteers, and scientists from other organisations in Tasmania and other states including the Tasmanian Land Conservancy, the Department of Primary Industry Parks Water and Environment, Queensland Museum, and the University of New South Wales.

Preliminary results from the survey uncovered approximately 100 new species of spiders, moths, land snails, beetles, bugs and plants from around the state. Specimens collected on the survey will provide a valuable contribution to the TMAG invertebrate collection. Follow-up funding has been provided for the description of some of these species. The completed report Australian Biological Research Study Survey: Bush Blitz Tasmania has been finalised and sent to ABRS in Canberra.

Results from the survey will be passed on to land managers of the reserves.