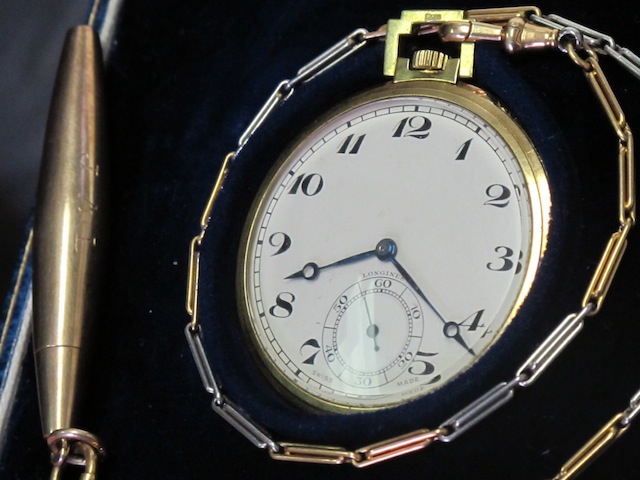 A fob watch belonging to the only Tasmanian to be prime minister, Joseph Lyons, has been donated to TMAG.

The gold and platinum watch has been gifted to TMAG by Peter Lyons, the grandson of Joseph and Enid Lyons.

Joseph Lyons served as premier of Tasmania between 1923 and 1929, and as prime minister of Australia through much of the Depression, between 1932 and 1939.

While initially a member of the Australian Labor Party (ALP), he will be remembered for leaving the ALP to found the United Australia Party, the forerunner of the Liberal Party.

The fob watch was given to Joe by the former Prime Minister of Canada, Richard Bennett, in 1936.

A great admirer of Lyons, Bennett was voted out of office in 1936 and, upset at his treatment by the electorate, left Canada to live in the UK where he became a member of the House of Lords.

The watch has remained in the Lyons family since.