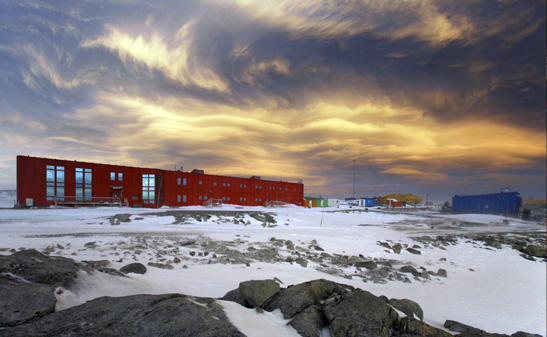 Traversing Antarctica marks the 100th anniversary of the 1911-14 Australasian Antarctic Expedition, led by Douglas Mawson. The exhibition is a journey of discovery through the stories, science and wonder of Antarctica's past, present and future.  The exhibition celebrates the enduring scientific, historic and social legacy of this landmark expedition and will include original documents, objects, innovative touch-screen displays and stunning imagery.

The exhibition includes a rare collection of artefacts that are on display together for the first time, among them are original equipment and diaries used by members of the Australasian Antarctic Expedition.

The exhibition is on at TMAG until March 2012, and will then tour nationally until 2014.