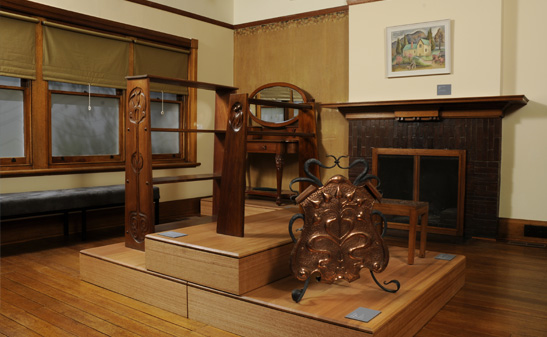 Markree House Museum and Garden will be celebrating this year's Australian Heritage Week with an open day on Sunday 22 April.

Markree, an Arts and Crafts house built in 1926 which has been restored true to its original period, brings early 20th century Tasmania to back to life; and to celebrate Australian Heritage Week, new displays have opened in the kitchen and nursery.

The nursery has been reconstructed to appear as it would have when the previous owner of Markree, Mr Henry Baldwin, was a small boy, and features his childhood collection of toys, games and books.

The kitchen features mechanical and electrical devices from 1920s through to 1950s as well as examples of pre-prepared foods that were becoming more common at the time; and creates a sense of the great changes that were taking place in the early 20th century.