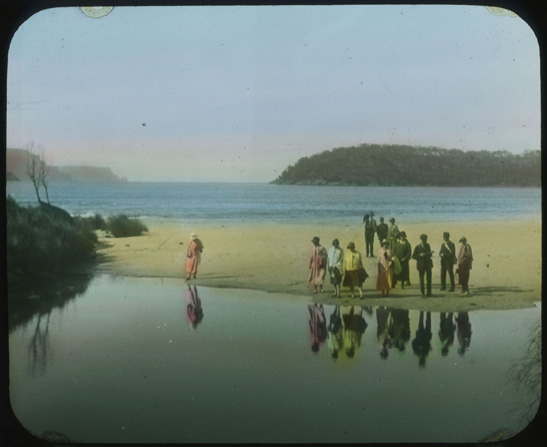 In 1939, Frank Hurley’s short film Isle of Many Waters promoted Tasmania’s historic sites and rugged natural landscape, encouraging tourists to ‘holiday amidst the lovely waterways, crags and vales of sunny Tasmania’. TMAG’s latest exhibition, Isle of Many Waters, which was inspired by Hurley’s travelogue, celebrates people doing just that.

The exhibition features archival film and photographs from the Tasmanian Archive and Heritage Office, as well as TMAG’s collection.

Old home movies, tourism promotional films and photographs from the 1910s to the 1960s show Tasmanians and visitors at play on beaches, rivers and lakes throughout the island; swimming , diving and messing about in boats.

Films of the Hobart Regatta from 1913, 1938, 1946 and 1962 present snapshots of the playful spirit of Tasmanians at key points in early 20th century history; alongside two contemporary art works which explore Tasmania’s waterways as sites of both cultural importance and contested power.