One of TMAG's most popular fashion items is celebrating 25 years.

The dress worn by Kylie Minogue as Charlene in her TV wedding to Scott (Jason Donovan) on Neighbours was donated to TMAG by Grundy television in the late 1980s. This month TV Week is celebrating 25 years since the Neighbours wedding and has included images of the dress in a special feature article.

Despite appearing in one of the most memorable moments of Australian TV drama, there isn't a great deal known about the now-famous dress, pictured below.

The dress was made in a suburban Melbourne bridal salon - in keeping with Charlene's character as the suburban girl-next-door. It came into TMAG's collection when the [former] Curator of Decorative Arts conceived the idea of collecting one wedding dress for each year of the 20th century as a way of tracing the history of fashion, representing the lives of people of different backgrounds, and telling stories connected with interesting historical events or persons.

Since coming into TMAG's collection the dress has travelled to Powerhouse Museum and the Melbourne Museum and has been admired by tens of thousands of museum visitors on its travels. 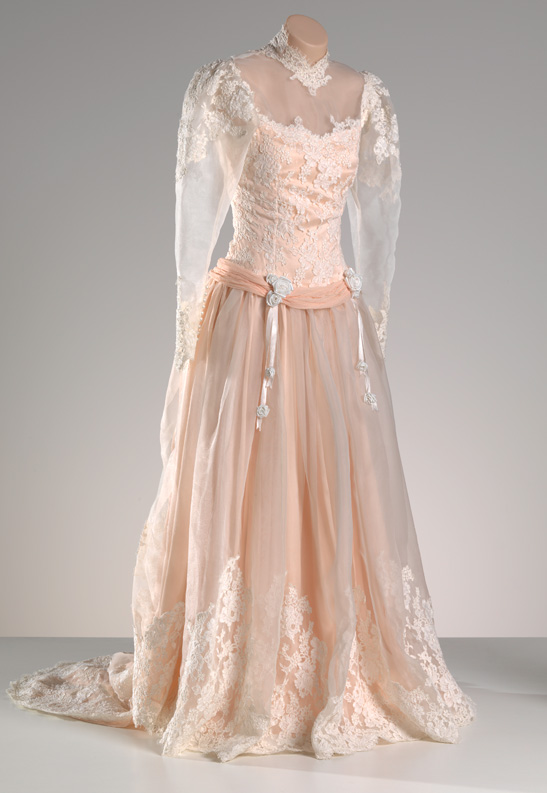