An exhibition telling the story of an entrepreneurial nineteenth century Tasmanian and the company he built opens today at the Tasmanian Museum and Art Gallery (TMAG).

Tatts in Tasmania is a social history exhibition that explores the history of Tattersall’s and its founder George Adams.

“Tatts in Tasmania showcases a substantial collection of fascinating historical memorabilia relating to the company which was recently acquired by the museum.

“The collection was generously donated through the Australian Government’s Cultural Gifts Program by the Tatts Group Limited (formerly Tattersall’s).”

(Above) Cartoon of George Adams by Tom Midwood, drawn in opposition to the postal ban imposed on Tattersall’s by the Commonwealth Government in 1902 (detail) 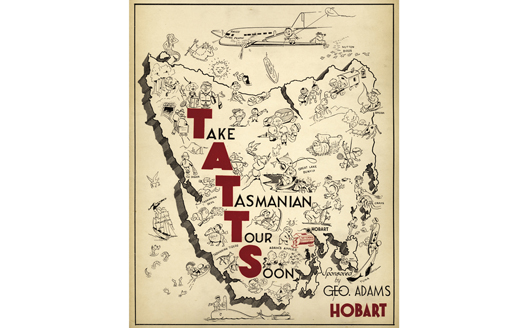