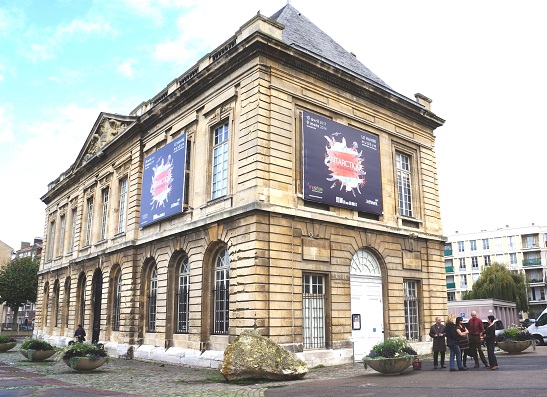 On their recent visit to France for the Theatre of the World opening at La Maison Rouge gallery in Paris, Tasmanian Museum and Art Gallery (TMAG) staff visited the Le Havre Natural History Museum to view their significant collection of early illustrations of Tasmania from the 1800-1804 voyage of Nicolas Baudin to Australia.
The visit was hosted by the Museum’s Director, Cédric Crémière, and curator Gabrielle Baglione.
On board Baudin’s voyage were two artists, Charles-Alexandre Lesueur and Nicolas-Martin Petit, who created some of the most significant images in Tasmania’s history of the original Aboriginal inhabitants. Lesueur’s paintings of Aboriginal objects such as bark canoes and water carriers have been vital to the contemporary cultural retrieval of these practices.
Lesueur also produced beautiful drawings and paintings working alongside the voyage’s zoologist François Péron who collected many animal and plant specimens. Most of the 1500 drawings Lesueur took back to France were of zoological and marine subjects, but also included numerous coastal profiles of different parts of Australia produced as navigational aids for future mariners. 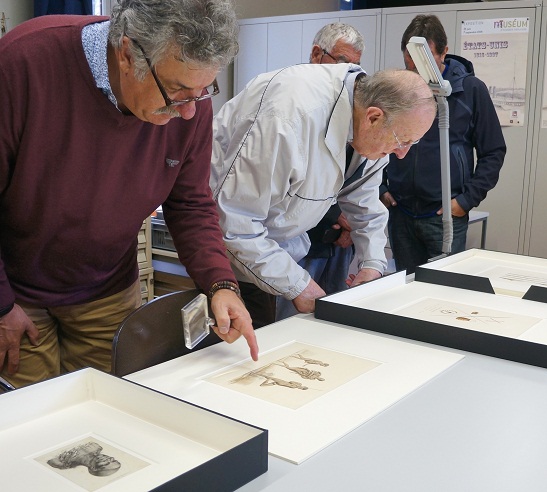 “Seeing these beautiful images, made at the moment just before British colonisation, was a profoundly moving experience in itself, but even more so given the fact that the Natural History Museum was one of the few structures to have miraculously survived the WWII bombing raids on Le Havre which destroyed 12,500 buildings,” Curator Bryony Nainby said.
“The connection between Tasmania and this remarkable place were greatly strengthened through this visit, and we are very grateful to our hosts, Cédric and Gabrielle, for their time and hospitality.”
The TMAG staff visit to Le Havre was supported by the Australian Government through the Australia International Cultural Council, an initiative of the Department of Foreign Affairs and Trade.
Image captions:
Top: Le Havre Natural History Museum
Above: TMAG Director Bill Bleathman and Chairman of Trustees Sir Guy Green examine drawings of Tasmanian Aboriginal people and cultural objects by Charles Alexandre Lesueur and Nicolas-Martin Petit

Below: A series of pencil drawings of Tasmanian Aboriginal people by Nicolas-Martin Petit 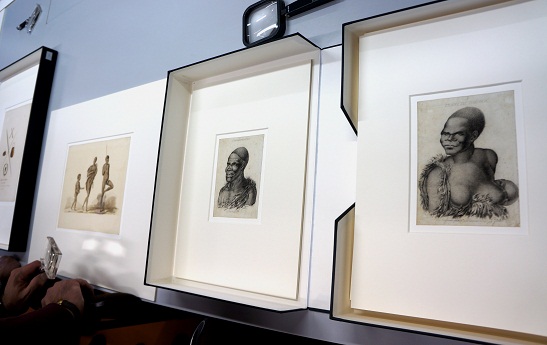