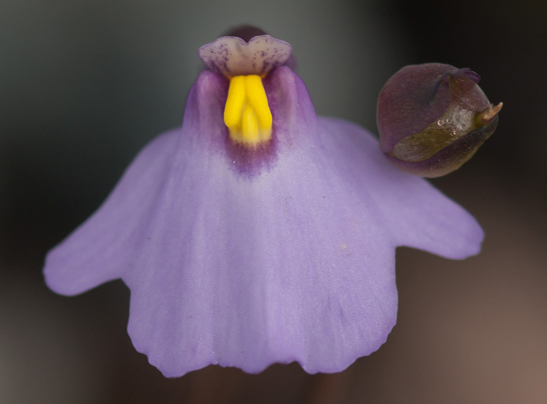 Botanists from the Tasmanian Herbarium at the Tasmanian Museum and Art Gallery (TMAG) have published an updated edition of an important resource which underpins all plant-related activities in Tasmania.
The 2014 edition of A Census of Vascular Plants of Tasmania, compiled by Dr Miguel de Salas and Matthew Baker, provides the definitive, up-to-date list of correct names for all the species of flowering plants, conifers and ferns that occur in Tasmania.
Correct scientific names are critical for the exchange of information on the flora between professional researchers in museums, botanic gardens and universities, between managers of preserved plant collections in herbaria and museums, as well as being vital for resource managers, horticulturalists, naturalists and anyone else interested in plants.
Correct plant names also underpin State and Commonwealth legislation regarding threatened species protection, international traffic in plants and plant products, noxious weed control, prohibited substances and quarantine.
The new Census lists 2783 plants. Of these 1890 are native, including 527 that are endemic – that is, known only from Tasmania. A further 893 are introduced exotics and occur in Tasmania as weeds.
Highlights include 14 new native plants that were discovered within TMAG’s vast, internationally renowned Herbarium collections, including a new endemic Tasmanian carnivorous plant, Drosera murfetii, a new endemic heath, Sprengelia minima, a new endemic and very rare eyebright, Euphrasia amplidens, as well as a new endemic sedge from our highest summits: Lepidosperma monticola.
Another notable new addition is the carnivorous bladderwort Utricularia barkeri, which is also found in Victoria and South Australia.
Compared to the previous Census, 34 taxa have changed name, largely as a result of improved taxonomic knowledge, and one new species is no longer considered to be a part of the Tasmanian flora.
In addition to this, the new Census includes, for the first time, every plant name (including those no longer in use) attributed to Tasmania in the five major taxonomic publications that described the flora of the state in the 19th and early 20th centuries: Labillardière, Robert Brown, J.D. Hooker, George Bentham and Leonard Rodway.
The updated Census is available online at the TMAG website.
Image captions:
(Above) The bladderwort Utricularia barkeri, newly described in the past year, which has beautiful orchid-like flowers, and uses underground bladders to trap and digest small soil invertebrates. It occurs in western Tasmania, the Furneaux islands, Victoria and South Australia.
(Below) The sundew Drosera murfetii, a newly-discovered carnivorous plant, which grows only in southwestern Tasmania. It is closely related to the alpine sundew (Drosera arcturi) and uses its long, sticky leaves to trap and digest insects and other small invertebrates.
Images copyright Miguel de Salas. 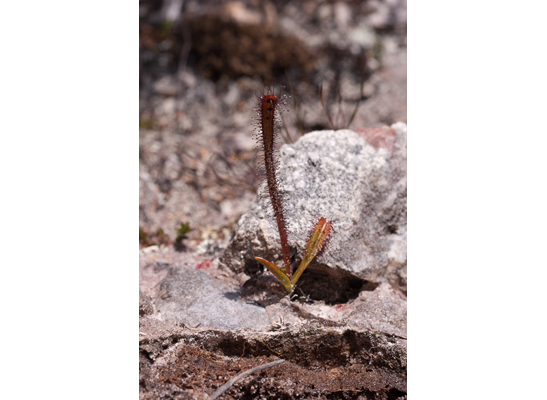