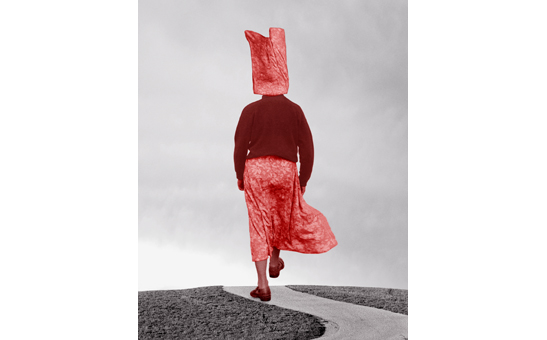 A major exhibition of works by nationally renowned Tasmanian artist Pat Brassington is now open at the Tasmanian Museum and Art Gallery (TMAG).
Pat Brassington: À Rebours is curated by Juliana Engberg, Artistic Director of the Australian Centre for Contemporary Art (ACCA) in Melbourne.
The exhibition was first shown in 2012 as part of ACCA’s Influential Australian Artist Series, which celebrates the works of artists who have made a significant contribution to the history of Australian art practice.
À Rebours is the first extensive gathering of Brassington’s work from her 30 years of practice, and is the first time a major survey of her work has been on show at TMAG.
The exhibition explores Brassington’s ongoing aesthetic language derived from surrealism and cinema, reinterpreted through photography.
Brassington was born in 1942 in Tasmania, and studied printmaking and photography at the Tasmanian School of Art in the early 1980s. She has exhibited in a number of group and solo exhibitions within Australia.
The exhibition’s title is inspired by the banned 1884 French novel of the same name, which in English translates as ‘against nature’ or ‘against the grain’.
Pat Brassington: À Rebours is an Australian Centre for Contemporary Art touring exhibition and has been assisted by the Australian Government through the Australia Council, its arts funding and advisory body.
The exhibition is on show at TMAG until 14 September 2014. It will then travel to the Devonport Regional Art Gallery, where it will be on show during October 2014.
Two special events will be presented in conjunction with this exhibition as part of Dark Mofo 2014:
Friday 13 June, 6:00 pm: Curator talk with Juliana Engberg
Saturday 14 June, 11:00 am: Juliana Engberg in conversation with Pat Brassington