The skull from a dead sperm whale that washed ashore near Stanley late last year has been acquired by the Tasmanian Museum and Art Gallery (TMAG).
Due to the large size and weight of the skull, the Australian Defence Force Army Reserves were approached to assist TMAG’s Zoology staff retrieve the skull and transport it to TMAG’s Collection and Research facility at Rosny.
This is an important acquisition for the museum as TMAG has only partial sperm whale skulls in its current collection.
“This skull is an important addition to the TMAG cetacean (whales) collection. We have skulls from most of the species that occur in Tasmanian waters, but until now have not been able to collect a sperm whale skull, due to their massive size and weight. The skull will now be cleaned and registered into the collection. Hopefully we will be able to put it on display in the future. In the meantime, the skull provides a permanent record of this event and will be available for future research,” Senior Curator of Vertebrate Zoology at TMAG, Kathryn Medlock said.
The skull TMAG has acquired is from an adult male. It is estimated that it died about two days before being washed ashore. The animal was 16.7 metres long with a girth of 10.7 metres. The skull is 5 metres long and 2.1 metres wide.
The photos below show the process of retrieving the skull from Anthony Beach near Stanley on the north-west coast of Tasmania and the delivery of the skull to TMAG. 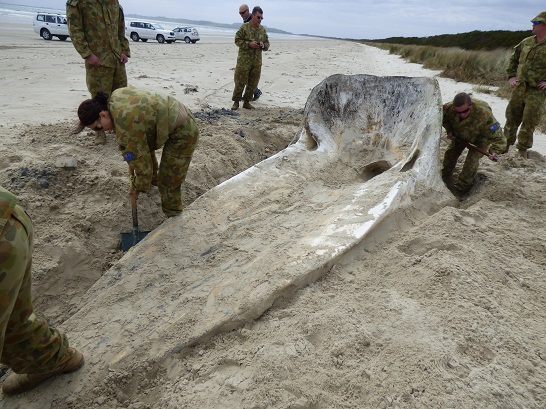 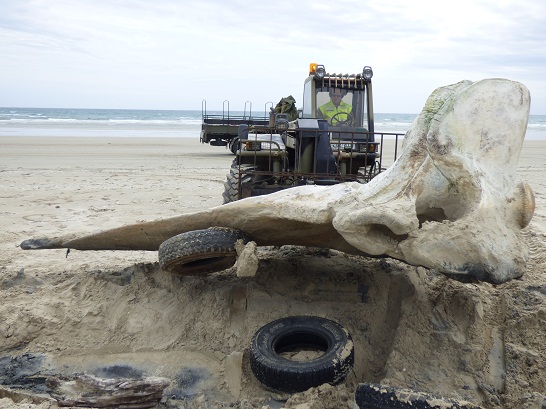 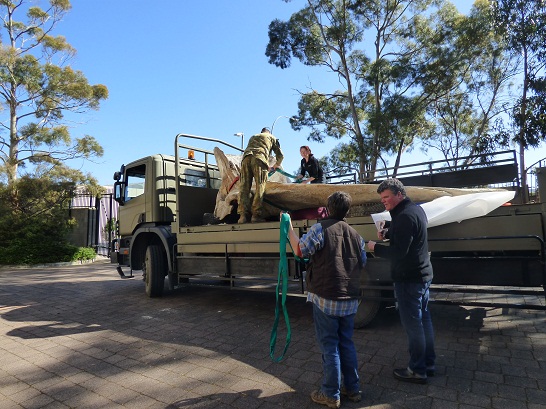 Sperm whale facts and figures
• Sperm whales (Physeter macrocephalus) are the largest of the toothed whales
• They have the biggest brain of any animal
• They can dive to over 2,000 metres
• Their main food is medium to large squid that they find using echolocation
• Their digestive system is over 300 metres long
• They produce the loudest sound of any animal – over 230 decibels
• They can be aggressive when being hunted and have been recorded as sinking large sailing ships
• Their teeth are not used for eating but are more likely employed in fighting
• Adult males tend to live singly, while females and young animals occur in small family groups
• The heads of large males hold around 2,000 litres of spermaceti oil, which was highly prized and used for candles, lanterns and watchmakers oil

• Once nearly hunted to extinction, the species is now protected by a whaling moratorium and is currently listed as vulnerable.