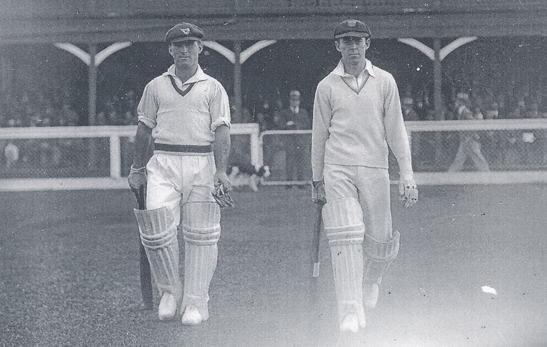 TMAG has joined forces with Cricket Tasmania to showcase a selection of objects on loan from the Tasmanian Cricket Museum, which is currently closed due to the redevelopment of Blundstone Arena.

164 Not Out! features items and trophies from the history of Tasmanian cricket, and profiles major players who have showcased the state’s cricketing talent on the international stage including Charles Eady, Jack Badcock, David Boon and Ricky Ponting.

The title of the display refers to the fact that the first ever first-class cricket match in Australia was played in Launceston in 1851 between Victoria and Tasmania - which the home side won by three wickets.

Over the past 164 years, Tasmanian cricket has gone from strength to strength, and today there are three players in Australia’s 2015 World Cup squad: George Bailey, James Faulkner and Xavier Doherty.

164 Not Out! is part of the State Government’s activation of Hobart for the ICC Cricket World Cup 2015, and TMAG is grateful for the support of Events Tasmania in making the display a reality.

It is also a fantastic opportunity to partner with the Tasmanian Cricket Museum, to allow their much-loved cricket treasures to be seen by the Tasmanian community while the museum is closed during the cricket ground upgrade.

In addition, sporting memorabilia is a collection area that TMAG is keen to expand, and this display also provides a chance to engage the museum’s audiences in this important aspect of Tasmania’s cultural heritage.

164 Not Out! Tasmanian Cricket Treasures is on display in TMAG’s Link Foyer from 27 February until 29 March 2015.