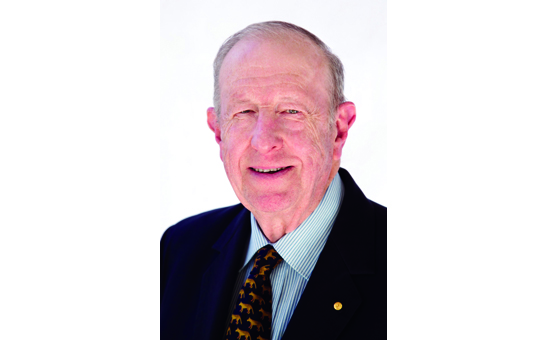 Sir Guy Green, Chair of the Tasmanian Museum and Art Gallery’s (TMAG) Board of Trustees, has today announced his retirement following last night's Board meeting.

Sir Guy, the former Governor of Tasmania, has been in the role for the past 11 years.

He lists the completion of the redevelopment project as one of his proudest moments, along with the development of the acclaimed Islands to Ice exhibition, the award-winning ningina tunapri exhibition and the Theatre of the World collaboration with MONA.

Sir Guy's time on the Board also saw the creation of the collection and research facility at Rosny as well as many important acquisitions and bequests.

“I have been greatly privileged to have been one of the custodians of this truly significant Tasmanian cultural and intellectual resource,” Sir Guy said.

“It has been extremely gratifying that the redevelopment has resulted in national and international accolades and awards but perhaps the most satisfying element is the way the public has embraced the new museum.”

“I have had the great pleasure of seeing first-hand the deep affinity and engagement that Sir Guy has with every aspect of the museum," Dr Goodwin said.

“Sir Guy’s tireless commitment and belief in the museum’s vision have helped to guide TMAG into a world-class institution of which all Tasmanians can be proud.”

Geoff Willis has been elected by the Trustees as the new Chair.

He has been a member of the Board since 2006 and will bring his business acumen and extensive governance and leadership skills to the role of Chair.

Mr Willis thanked Sir Guy for his outstanding leadership and support of colleagues and staff during his tenure as Chair.

“It is wonderful to see the impact that a man of vision can have on everything around him," Mr Willis said.

"We are all incredibly grateful for Sir Guy’s leadership.

“On behalf of the staff, volunteers, donors and the whole TMAG family, I would like to say thank you for inspiring us and making our lives richer over the past 11 years.”