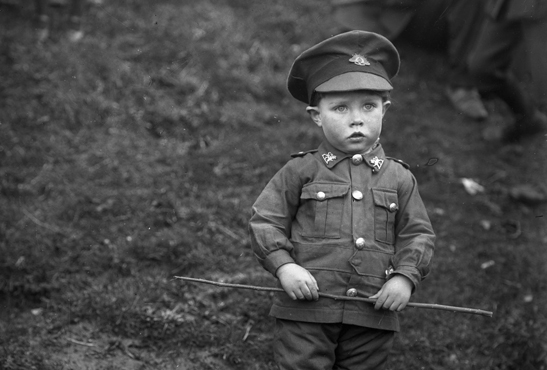 The Tasmanian Museum and Art Gallery (TMAG) is proud to mark the centenary of World War I (WWI) with a new exhibition commemorating the role Tasmanians played in the war and the impact it had on the Tasmanian society.

The Suspense is Awful: Tasmania and the Great War is drawn from the museum’s collections and highlights stories previously untold, including those of Tasmanian Aboriginal servicemen and of the men and women who provided medical support on the front line.

The title of the exhibition is taken from a letter one desperate Hobart father wrote to the authorities seeking news of the fate of his son on the beaches of Gallipoli – “the suspense”, he wrote, “is awful”.

Thousands of Tasmanian men and women enlisted to serve in WWI, and by keeping diaries, writing home and collecting souvenirs they created their own memories of the war as they served on the front line.

On the home front, families found the four years of war awful, as they wondered whether they would ever see their loved ones again.

The Suspense is Awful is not only focused on what happened on the battlefields, it also tells the story of the wait so many Tasmanians endured back home during the long years of war.

It explores how families grieved and kept themselves busy, how some joined in to help the war effort, while others were interned as enemy aliens, and also looks at how Tasmanians remembered the fallen and made sense of the sacrifices made when the war was finally over.

The exhibition includes several interactive elements, including The Islanders – a resource developed by Tasmanian company Roar Film that tells the story of the Tasmanian Aboriginal servicemen who joined up to serve the Empire, at a time when they were denied many rights at home.

It also features a reconstruction of a typical Tasmanian home from the era where families would have waited anxiously for news from the front, and an audio roll-call of the names of all the Tasmanians who lost their lives during the conflict.

Members of the public are also being invited to contribute their own images of the many war memorials around the state that sprung up in the aftermath of WWI, as part of an evolving photographic display.

TMAG will be running several public programs throughout the year to coincide with the exhibition, including programs for schools as well as an education kit for teachers to help students explore more of the exhibition’s themes in the classroom.

For those visitors who can’t make it to the museum to view it in person, The Suspense is Awful will also be accompanied by a dedicated website featuring many of the stories and images found in the exhibition.

The Suspense is Awful: Tasmania and the Great War is on show in Argyle Gallery 4 at TMAG from 17 April 2015 until 28 February 2016. Visit the exhibition website here.