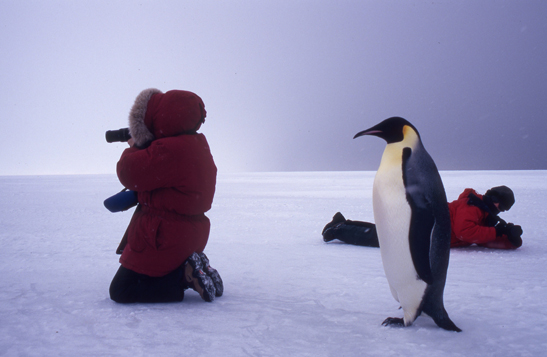 Stunning photographs of Antarctica and the Southern Ocean are now on show at the Tasmanian Museum and Art Gallery (TMAG), as part of the inaugural Australian Antarctic Festival.

Twenty-four photographs were chosen from 67 entries as finalists in the festival’s Antarctic Photography Competition, with submissions from around the world – including from people currently working in Antarctica.

“The quality of all the entries received was superb, with image subjects ranging from seascapes to wildlife, human exploration and the eerie loneliness of these remote regions,” Mr Cullen said.

Final judging will now take place, before the winners of the $5,000 first prize and the $2,000 second prize are announced on Sunday 11 September.

Members of the public are encouraged to visit the exhibition and vote in the People’s Choice Award, which offers $500 for the most admired image.

“The idea that everything is white is just not so,” he said.

“The challenge is to keep your fingers working in the cold, tuck your batteries somewhere warm inside your clothing and be ready when that magical instant occurs.

“That might be a killer whale surfacing, an ice cliff collapsing or a skua attacking a penguin chick from the sky.”

The Antarctic Photographic Exhibition is on show in the Bond Store Basement from 2 to 18 September 2016. Admission is free.