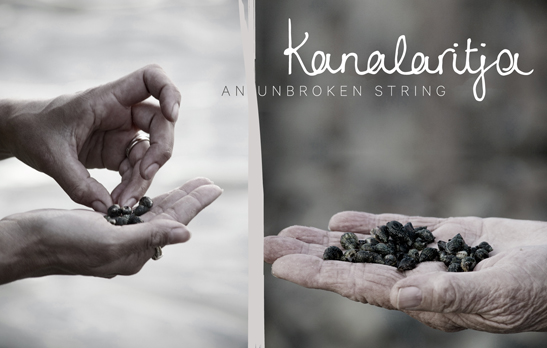 The museum has received $427,875 over three years under the Visions of Australia program to produce kanalaritja: An Unbroken String, which will open at TMAG in late 2016 before touring around Australia in 2017-19.

TMAG Director Janet Carding said it would be TMAG’s first national touring exhibition since tayenebe: Tasmanian Aboriginal women’s fibre work, which opened at the museum in 2009 and toured nationally in 2010-11.

“The exhibition will be immersive and interactive, offering a sensory experience of shell stringing, and it will highlight the voice of the makers through the use of multi-media elements and artist-run public programs.

“A major exhibition catalogue, with contributions from leading Tasmanian Aboriginal academics, curators and writers, will provide a deeper level of appreciation and understanding beyond the exhibition.”

Ms Carding said TMAG was delighted to have received funding through the Visions of Australia program in order to bring the exhibition to both local and national audiences.

“kanalaritja will offer the Australian public a unique glimpse into one of the most culturally significant and closely guarded traditions of the Tasmanian Aboriginal community,” Ms Carding said.

“This Community journey has never before been the focus of a touring exhibition, nor comprehensively documented in a dedicated publication.

“We look forward to bringing kanalaritja to TMAG and 10 more venues across each Australian state and territory over the next three years.”

kanalaritja will open at TMAG in December 2016, before touring to Melbourne, Canberra, Albany, Geraldton, Adelaide, Darwin, Toowoomba, Grafton, Sydney and Launceston throughout 2017-19.