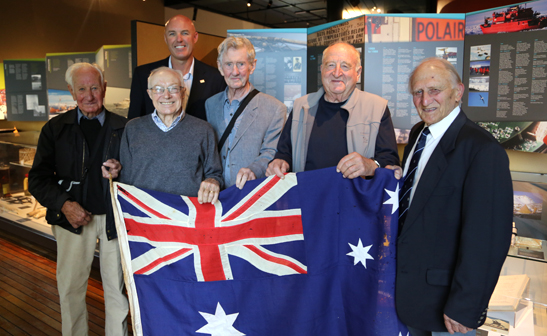 Macquarie Island lies about halfway between Australia and Antarctica, and the first Australian National Antarctic Research Expedition (ANARE) established a scientific research station there in 1948.

The flag donated to TMAG today was first raised above the Macquarie Island station in December 1958, when a group of 17 men travelled to the island as part of the 12th ANARE to continue scientific programs.

1959 was an eventful year on the island for the group, who contended with a damaging hut fire and a severe weather system while conducting their research, which included bird banding and recoveries to enhance knowledge of migratory behaviour.

The flag flew continuously until December 1959, when the men left the island, and has been in the care of the expedition’s Officer in Charge Tom Harwood ever since.

The expeditioners have remained in contact following their time on Macquarie Island, meeting up for annual reunions where the flag has taken pride of place.

At their recent 55th anniversary reunion, the men – who are now in their 80s – decided to make arrangements for the future custody of the flag.

They felt that the flag and its history should be preserved, and so offered it to TMAG, where it will now join the museum’s important Antarctic and Southern Ocean History collection.

“This donation means future expeditioners will be able to learn the history of those who came before them.”

The condition of the flag – which understandably suffered some wear and tear during its year on Macquarie Island – will now be assessed and its preservation determined for future use and display at the museum. 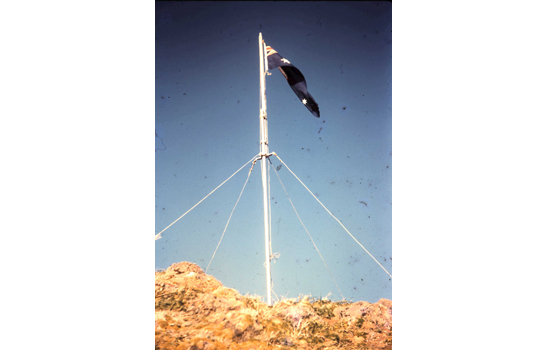