One Hell of an Inferno 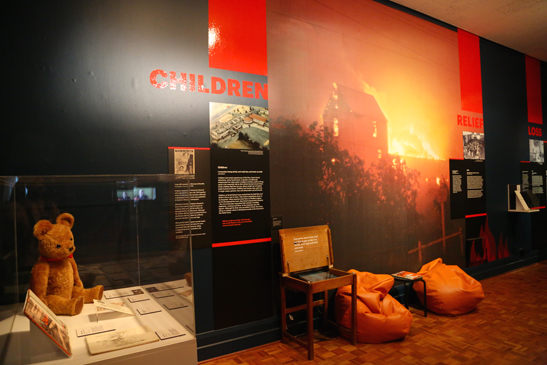 This summer, the Tasmanian Museum and Art Gallery (TMAG) presents a moving exhibition commemorating the fiftieth anniversary of one of the state’s most catastrophic natural disasters.

Opened today, One Hell of an Inferno: The 1967 Tasmanian Bushfires tells the story of the fires that engulfed south-eastern Tasmania on 7 February 1967, how they occurred, their impact on people, communities and the environment, and why they could happen again

Black Tuesday, as the day came to be known, saw 110 fires join together into an inferno that killed 64 people and injured 900 others, destroyed 1400 homes and other buildings and almost wiped out some towns, leaving thousands homeless.

Tasmanians who lived through that devastating day have vivid memories of their experiences, from fleeing their homes to keeping themselves and their families safe and trying to do their jobs under enormous pressure, and many of their stories are shared as part of the exhibition.

Through photographs, film and objects collected at the time, visitors to the exhibition can hear from a wide range of people, from schoolchildren and families to a firefighter and a TV cameraman, about how they survived the fires and the impact they had on their lives.

One Hell of an Inferno also delves deeper into the science behind the fires, showing how weather conditions contributed to the devastation, as well as the long-lasting effects of the fires on the landscape.

The exhibition also discusses how the environment has evolved to survive and even encourage fire, and how the region’s landscape developed after thousands of years of Aboriginal fire management, and then changed due to European fire management strategies.

Visitors can watch a film exploring how the Tasmanian Aboriginal community has managed the landscape through the use of fire throughout history, including interviews with practitioners who carry out those fire management strategies today. 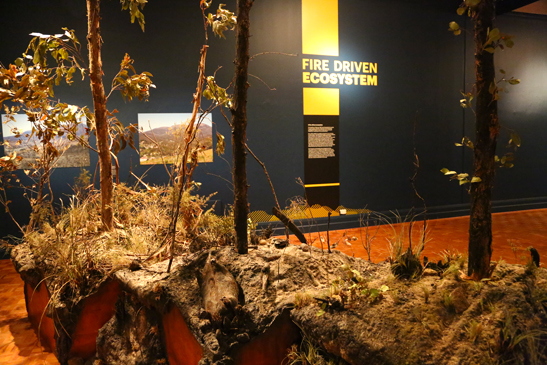 And finally, One Hell of an Inferno provides a reminder of the beauty of Tasmania’s bush, an environment which is threatened every summer, through the presentation of the Tasmanian Tree Project.

In this reflective gallery, visitors can see an amazing portrait of Gandalf’s Staff, a giant Eucalyptus regnans growing in the Styx Valley in Southern Tasmania, and be reminded that fire plays both a destructive and a creative part in the Tasmanian landscape.

In conjunction with the exhibition, TMAG will host the Tasmanian Fire Service’s (TFS) video story booth in the Central Gallery, which will allow visitors to record their own stories about Black Tuesday.

They will also be able to explore the 67 Bushfires Storymap, and watch stories from many other Tasmanians who recorded their experiences in the booth when it went travelling around the state in the year prior to the exhibition.

The TFS will also be part of TMAG’s special commemorative Community Day on Sunday 5 February 2017, which will feature a visit from an historic fire truck used on Black Tuesday, as well as the Bushfire-Ready Neighbourhoods program and a live broadcast from ABC Local Radio.

In addition, the museum will also mark the anniversary of the fires with a special ceremony on Tuesday 7 February.

This exhibition has been supported by the Tasmanian Community Fund.

One Hell of an Inferno: The 1967 Tasmanian Bushfires is on show at the Tasmanian Museum and Art Gallery from 16 December 2016 until 19 March 2017. For more information, visit www.tmag.tas.gov.au/inferno 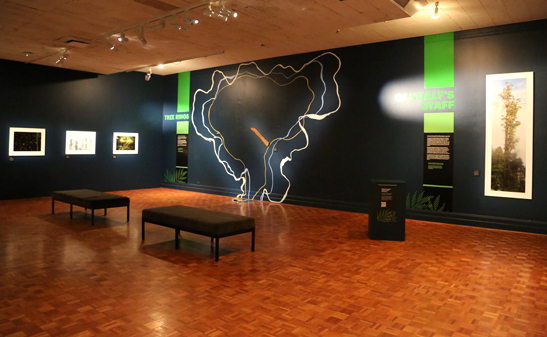