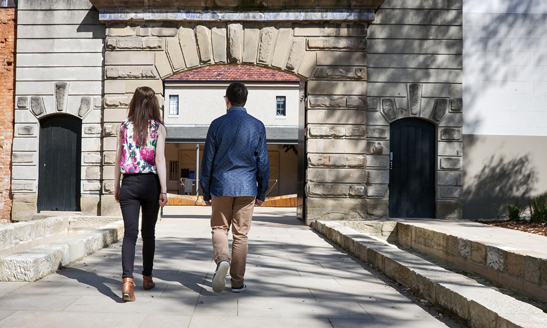 The Chair of the Tasmanian Museum and Art Gallery’s (TMAG) Board of Trustees, Geoff Willis, welcomed the investment of $700 000 over three years for TMAG, announced in the 2016-17 State Budget.

Mr Willis said that the funding will be used to start implementing the museum’s Strategic Plan, which will be released shortly.

"We welcome the additional funding allocated to TMAG in this very tight budget round," Mr Willis said.

"The Strategic Plan positions TMAG to play a key role in contributing to the Government’s goals of growing visitor numbers to Tasmania.

"This additional funding will help us to realise a range of important goals within the Strategic Plan including making our site an accessible and welcoming destination."

Mr Willis said the Trustees recently put forward a proposal to the Minister for the Arts to extend TMAG’s opening hours, which has been accepted.

"The proposal regarding opening hours is aligned with the Strategic Plan and TMAG’s goal to become a must-see destination for tourists and a cultural hub for all Tasmanians," Mr Willis said.

Mr Willis said the Trustees propose the introduction of a seasonal approach to opening hours, whereby the museum would open seven days a week during the summer season from Boxing Day until the end of March. In addition, the museum would also open on every public holiday Monday year-round.

"We believe that this proposal ensures visitors can access us during peak tourist and cruise ship season and locals can visit during the summer school holidays and on public holidays," Mr Willis said.

"At the same time this approach will also ensure the museum is sustainable in the long-term and is able to maintain quality programming and deliver on the broader objectives established in the Strategic Plan."

TMAG has already planned to open on the Queens’ Birthday public holiday on Monday, 13 June during the Dark Mofo festival. The extension of opening hours will commence from Monday 26 December 2016.