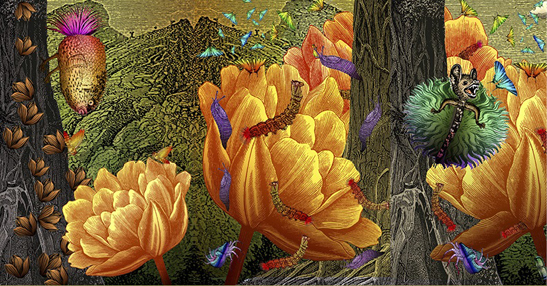 Tasmanian artists’ fascination with the island’s mysterious and unusual trees is being celebrated in a new exhibition at the Tasmanian Museum and Art Gallery (TMAG).

Strange Trees features a range of Tasmanian artists’ interpretations of trees across nearly 200 years: from enchanted or ravaged forests to the depiction of humanised, symbolic, mythological and historically significant trees.

TMAG Principal Curator of Art Jane Stewart says the exhibition was inspired by the connections contemporary Tasmanian artists have maintained to the works of colonial painter John Glover.

When Glover arrived in Tasmania in 1831 he marvelled at the “remarkable peculiarity of the trees” and noted with delight that he could view the “country” through their branches and foliage.

Included in the exhibition is one of Glover’s sketchbooks from the period 1832-1833, which contains preliminary sketches for some of his well-known works, as well as one of his small watercolours.

“Glover’s sketchbook is from the period when he moved to Deddington, near Evandale,” Jane says.

“There, while he was living in the bush and clearing his land, he became familiar with Tasmanian trees and in his works he interprets them in a famously exaggerated but intriguing way.

“While Glover’s depiction of trees continues to influence artists today, it is Tasmania’s extraordinary natural environment that has inspired artists across time to depict trees in strange and evocative ways.”

Alongside Glover’s works, Strange Trees focuses on the ways contemporary Tasmanian artists have depicted trees in unusual and interesting ways in their work. 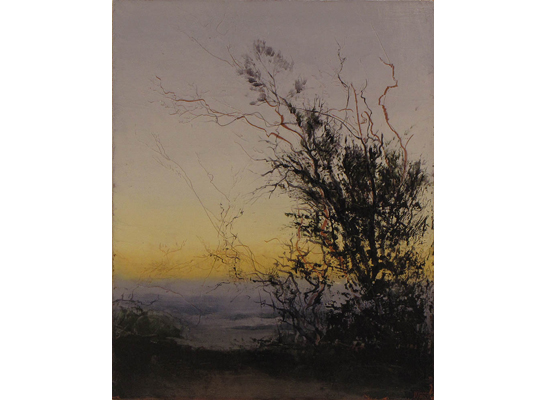 “For example, Milan Milojevic has created an enchanted forest in his work Night and Day (The Tree), using the trunk of one tree repeated over 32 panels and creating an understory of imagined life,” Jane says.

“Meg Walch has drawn directly from Glover’s sketchbook to create a wallpaper specifically for Strange Trees, which is based on a work she created for an exhibition at Patterdale, Glover’s former home, as part of the celebrations for his 250th birthday earlier this year.”

Other new acquisitions on show are Stephen Lees’ The Cicada, which was part of the recent generous donation to TMAG by Richard and Anna Green, as well as Troy Ruffels’ The Notes and Milojevic’s Night and Day (The Tree) which were donated by the artists via the Australian Government’s Cultural Gifts Program.

“This is a terrific chance for TMAG to celebrate Tasmanian contemporary artists and make their work, much of which can be found in the TMAG Collection, accessible to the Tasmanian public,” Jane says.

Strange Trees is on show in Argyle Gallery 4 from 11 August until 26 November 2017. For more information, visit the website. 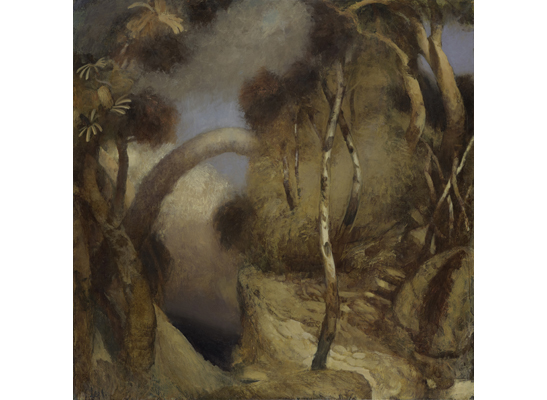