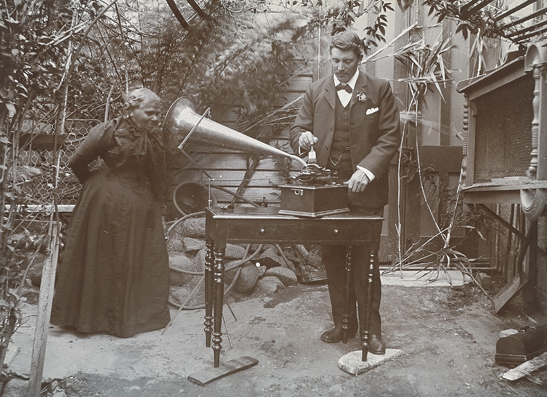 Important sound recordings of Tasmanian Aboriginal language held in the Tasmanian Museum and Art Gallery (TMAG) collection have today been officially inscribed on UNESCO’s Australian Memory of the World Register at a ceremony in Canberra.

The recordings contain the only spoken record of any one of the original Tasmanian Aboriginal languages, as spoken and sung by Fanny Cochrane Smith – the last surviving fluent speaker of those languages.

Made on wax cylinders in 1899 and 1903, they have been in TMAG’s collection for more than 100 years, with the 1899 recordings actually made in rooms at the museum.

“For Tasmanian Aborigines, these recordings hold immense cultural significance because they provide a tangible connection to the voice of Ancestors,” Ms Carding said.

“For Cochrane Smith’s descendants the recordings also provide a legacy of cultural knowledge and a record of family oral history.

“These recordings are also significant to the global community and they symbolically and spiritually represent the resilience and cultural continuity of the Tasmanian Aboriginal Community.

The eight wax cylinders are permanently held in TMAG’s collection, and copies are also held at the National Film and Sound Archive in Canberra.

Visitors can also listen to copies of the recordings when visiting TMAG’s ningina tunapri gallery, and they are also one of TMAG’s 100 objects that shaped the state, as listed in the Shaping Tasmania project.

View the full UNESCO Australian Memory of the World Register, and find out more about the wax cylinders at the Shaping Tasmania website.