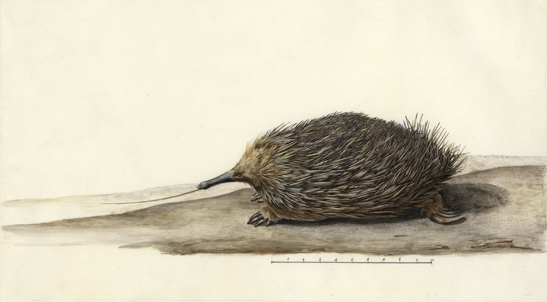 The Tasmanian Museum and Art Gallery (TMAG) is delighted to present an exhibition of exquisite illustrations made by French artists during Nicolas Baudin’s exploration of Australia in the early nineteenth century.

The exhibition is currently on a national tour, which has involved a collaboration between the Museum of Natural History in Le Havre, France, and six Australian museums, and many of the artworks on show are coming to Australia for the first time since they were created.

Baudin’s ships, Géographe and Naturaliste, embarked from Le Havre in October 1800 for an expedition to the southern continent, carrying an impressive contingent of scientists and scientific assistants.

Lavishly funded by Napoleon Bonaparte, the expedition’s agenda was the discovery and study of natural sciences, underpinned by the emergence of new ideas and philosophies of reason.

In early 1802, the French explorers landed in Tasmania and spent time interacting with the Tasmanian Aboriginal people and recording their language and culture, flora and fauna as well as collecting cultural objects and specimens.

TMAG curators were able to gain a special preview of the drawings first-hand when they visited Le Havre in October 2013, as part of their trip to France for the opening of the joint TMAG-MONA exhibition Theatre of the World in Paris

Illustrations featured in the exhibition include evocative portraits of Tasmanian Aboriginal people, images of their baskets and watercraft, watercolours of marine invertebrates, highly accurate profiles of the coastline, as well as drawings of Tasmanian animals such as the now extinct King Island emu.

At TMAG, these original works will be showcased alongside Aboriginal cultural material and zoological specimens from the museum’s collection, which will offer local audiences the unique opportunity to interpret the French expedition from a Tasmanian perspective. 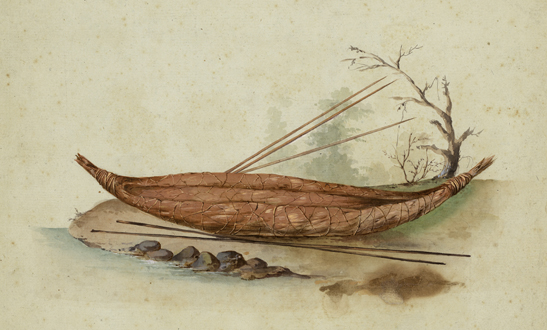 TMAG Director Janet Carding said that the works provide an opportunity to tell many of the stories associated with the interactions between the French explorers and the Tasmanian Aboriginal people.

The Art of Science also showcases other rare material from French collections such as the engraved copper plate used to print the first complete map of Australia in 1811, Baudin’s chronometer from the Géographe and coastal profiles and hand-drawn maps.

TMAG will be running a series of public talks in conjunction with the exhibition, and young visitors also have the chance to explore the artworks with a special children’s trail – marked by the bubbles of a fish on the wall – which weaves through the gallery.

The exhibition is also accompanied by a detailed and richly illustrated catalogue, which features essays by TMAG curators and is available from the Museum Shop. 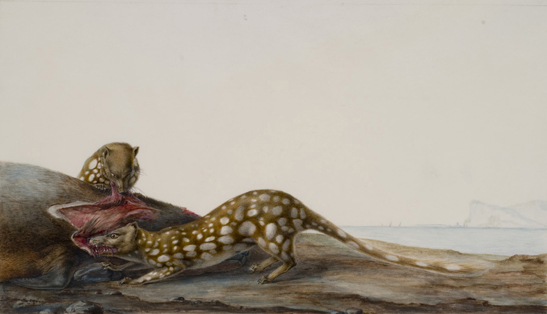