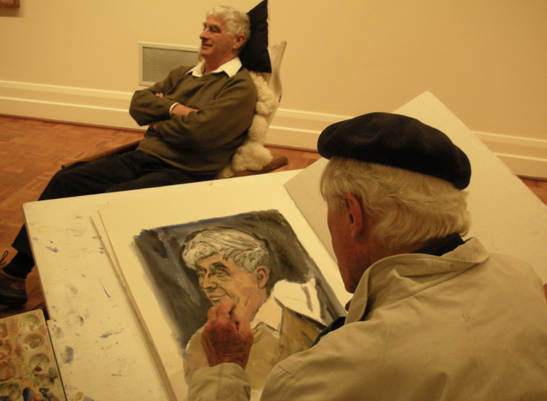 The Tasmanian Museum and Art Gallery (TMAG) is paying tribute to much-loved Tasmanian artist Max Angus, who passed away last week at the age of 102.

Angus was one of Australia’s oldest and most respected artists, and his oil paintings and watercolours depicting the Tasmanian landscape have enchanted people across the generations.

Born in Hobart in 1914, Angus trained as a graphic designer before joining the army during the war years.

His greatest passion was being outdoors in the natural environment and painting with friends.

Angus established ‘The Sunday Painters’ with Patricia Giles, Harry Buckie, Roy Cox and Elspeth Vaughan and travelled extensively around the state to places of great beauty such as Coles Bay and Lake Pedder.

Since 1946 Angus has exhibited in numerous solo and group exhibitions and his artwork is held in many Australian collections.

In recognition of his considerable contribution to the arts, Angus was awarded the Order of Australia in 1978 and he was elected a Fellow of the Royal Society of Arts, London, in 1988.

TMAG holds a selection of work from throughout Angus’ career, and has displayed his works in several exhibitions, including the retrospective exhibition Max Angus: A Lifetime of Watercolour in 2006.

Currently on show at TMAG is a children’s book Angus illustrated about the 1967 Bushfires, as part of our exhibition One Hell of an Inferno, as well as the sketchbook he used as he drove around the state in the days following the fires sketching the aftermath.

Also, as a tribute to Angus, TMAG is displaying his watercolour and ink work Patricia Giles, Harry Buckie and Roy Cox sketching at ‘Arundel’, Bushy Park (c. 1965) in our Henry Hunter galleries – just adjacent to our current exhibition of works by his fellow ‘Sunday Painter’ Giles. 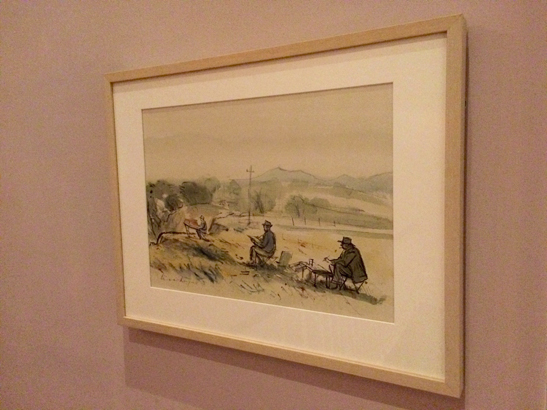