An exhibition celebrating a generous donation of twentieth and twenty-first century Australian art is now on show at the Tasmanian Museum and Art Gallery (TMAG). 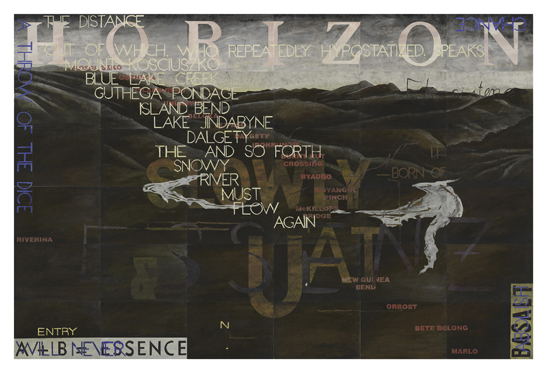 An exhibition celebrating a generous donation of twentieth and twenty-first century Australian art is now on show at the Tasmanian Museum and Art Gallery (TMAG).

“This donation strengthens TMAG’s collection of modern Australian art, with all works created by Australian artists in the period spanning 1956 to 2008.

“As the donated artworks have been part of a private collection, this is the first time that the Tasmanian public will have the opportunity to see them.”

The artworks are predominantly modern in style – including examples of Australian surrealism and figurative abstraction. Most of the artworks are two-dimensional – including paintings, drawings, collage and print, and have been created using a wide range of media.

In many of these artworks there are unsettled and lost figures in harsh urban and outback landscapes; a sense of intense psychological alienation and isolation; as well as surreal, nightmarish dreamscapes.

“He was one of the first Australian artists to adopt postmodern ideas and integrate visual strategies of deconstruction, quotation and appropriation into his art practice into his own artworks.

“Tillers’ work is philosophical and often questions the nature of reality, authorship, truth and existence. He made Nature Speaks: N in 2000 after moving from Sydney to Cooma in 1997, and it is one of a series that express his response to a new, unfamiliar landscape.” 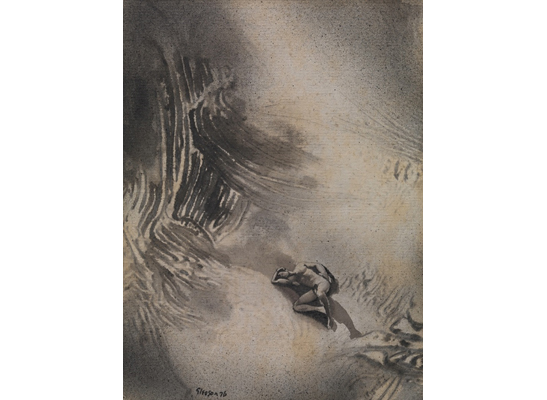 Anna and Richard have donated six images by Gleeson to TMAG, including the symbolic and intimate works on paper Figure in Psychoscape I & II (1976).

“James Gleeson was one of Australia’s most important artists – born in 1915, he grew up through the horror of two world wars and the great Depression,” Mary says.

“Influenced by the European Surrealists and Jungian psychology, in his art practice he investigated the human condition, and explored notions of the subconscious mind, dreams and hallucinations. There is a violent, visceral and nightmarish quality to many of his paintings.” 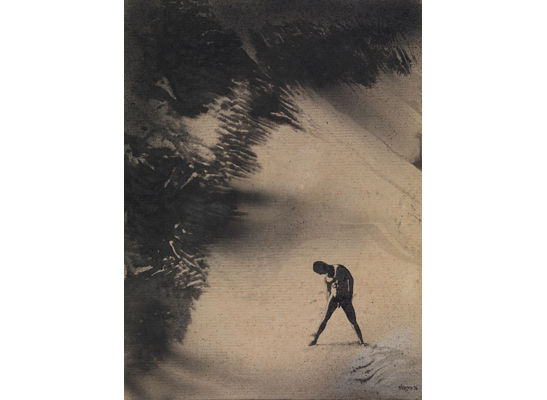