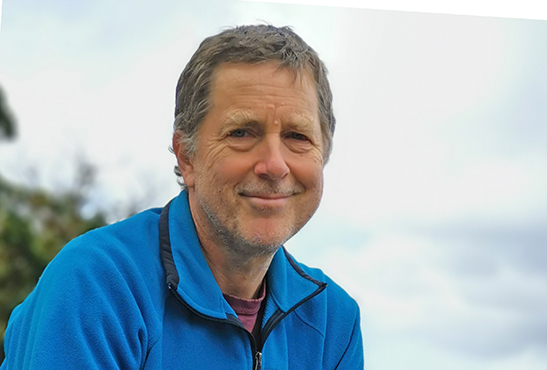 The Tasmanian Museum and Art Gallery (TMAG) is pleased to congratulate Senior Curator of Invertebrate Zoology Dr Simon Grove, who has been awarded the Australian Natural History Medallion for 2019.

Administered by the Field Naturalists Club of Victoria, the medallion is awarded each year to the person judged to have made the most meritorious contribution to the understanding of Australian natural history.

Simon received the award for services to natural history, entomology and malacology, and was nominated by the Tasmanian Field Naturalists Club and the Taroona Environment Network (TEN).

He has been at TMAG since 2012, and in this role has been involved in a wide range of insect and mollusc research while also working as an amateur naturalist in his spare time.

As TEN noted in their supporting nomination: “we can’t think of anyone who more thoroughly embodies a Natural Historian than Simon – nor anyone who so generously and enthusiastically contributes his knowledge and passion to community and public events”.

Simon was presented with the award at a ceremony in Melbourne on Monday 11 November.

"This award is, for me, an affirmation of how I've chosen to spend much of my five-and-a-half decades of life, including the past two here in Tasmania,” Simon said.

“I feel that never having lost that instinctive childhood delight in the natural world has been a real gift, and one that keeps on giving in that I also derive great satisfaction from sharing my enthusiasm and knowledge more broadly.”

Following his award presentation, Simon was also able to present his research into rare Tasmanian molluscs to the assembled members of the Field Naturalists Club of Victoria.