Around the World in 80 Objects 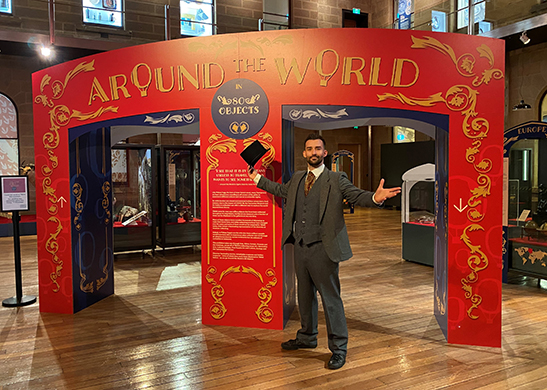 While international borders are closed and overseas holidays remain but a fond memory due to the impact of COVID-19, the Tasmanian Museum and Art Gallery (TMAG) is helping visitors travel the world this summer.

Around the World in 80 Objects takes inspiration from Jules Verne’s classic 1873 novel to showcase some fascinating stories, remarkable creatures and hidden treasures – many of which have rarely been displayed at TMAG before.

Visitors will go on a journey through Asia, Africa, Europe, Oceania and the Americas, and across all of the museum’s diverse collecting areas: Art, Decorative Arts, Cultural Heritage, First Peoples Art and Culture, Zoology and the Tasmanian Herbarium.

“TMAG cares for over one million objects that have been collected throughout its long history, but like at any museum only a fraction of these can be displayed in the galleries at any one time,” Deputy Director of Engagement Andy Baird said.

“Around the World in 80 Objects is a great chance for us to show Tasmanians some of the quirky, beautiful and fascinating items from the State Collection that may not otherwise be on display.

“The objects come from all corners of the globe, and while collecting practices have changed over the years and we would not acquire some of them today, they remain a fascinating representation of the diversity of museum collecting.”

Visitors will get a glimpse of some unique animals that are certainly not found in the Tasmanian bush, including an African wildebeest, a European badger, a Mexican red-kneed tarantula and a pangolin from China. 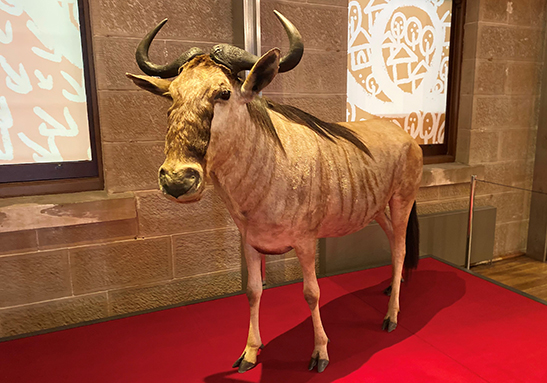 They will be able to marvel at some incredibly old objects, including a woolly mammoth tusk from Russia, earthenware pots from the Paracas culture in South America (800-100 BCE) and an Egyptian funerary figure dating to 1293 – 945 BCE.

Art and design is also on show, with a bronze sculpture by renowned French artist Auguste Rodin, intricate jewellery from China and India, as well as 20th century pottery representing the New York skyline.

Visitors can also discover objects from First Peoples cultures from around the world, with Māori ornaments made from pounamu (greenstone), an Alaskan basket woven from whale baleen and a spectacular bird-of-paradise Ibara (head dress) from Papua New Guinea all part of the display.

In addition, visitors will be able to learn the stories of how some of these items came to be part of TMAG’s collection, such as the eclectic assortment of souvenirs gifted by the globetrotting wife of the first Tasmanian-born Premier, Lady Clara Dry, in 1907.

“In Around the World in Eighty Days, Phileas Fogg undertakes an adventurous journey across continents, but in reality the only way many ordinary people during that era would have been able to experience other cultures was via cabinets of curiosities at museums,” Andy said.

“In this spirit, and while Australians are unable to explore the world beyond our shores this summer, we look forward to welcoming visitors to TMAG to journey Around the World in 80 Objects.”

Around the World in 80 Objects is on show in TMAG’s Central Gallery from 11 December 2020 until 21 February 2021. Entry is free, and visits can be pre-booked at www.tmag.tas.gov.au. 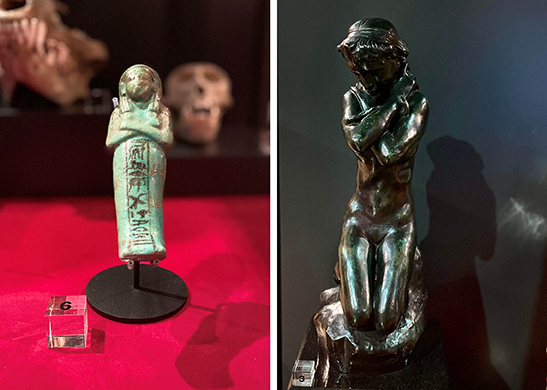