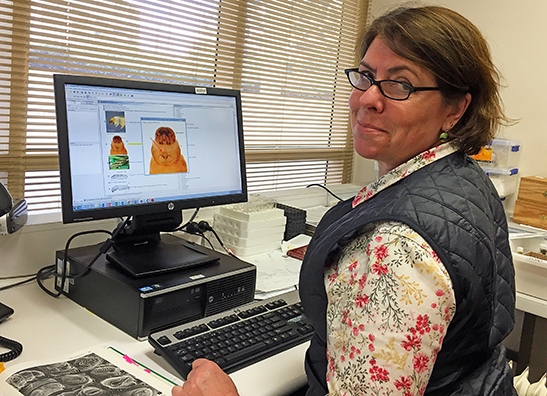 Scientists at the Tasmanian Museum and Art Gallery (TMAG) have developed a new online resource to help biosecurity authorities, as well as the general public, identify the species of caterpillars they discover.

Senior Curator of Zoology Dr Cathy Byrne and Honorary Curator Di Moyle were contracted by the Federal Department of Agriculture, Water and the Environment to develop a Lucid Key to identify caterpillars to family level, with a particular focus on families of biosecurity concern to Northern Australia.

Lepidoptera (moths and butterflies) are one of the largest groups of animals in the world, with over 180,000 named species, and they have a strong relationship with plants, often bringing them into conflict with humans as competitors for major food sources.

However, there is much more accessible information about adult moths and butterflies than their larvae (caterpillars), and descriptions and identification keys for caterpillars have not been readily available.

Users choose the features they’ve observed in a caterpillar, assisted by photos and drawings, and the Lucid Key progressively eliminates groups of caterpillars from the identification process until, optimally, only one option remains.

“This identification key has been designed with biosecurity in mind and provides specific information on pest groups and species,” Cathy said.

“However, caterpillars are delightful creatures and more and more people are observing and taking photos of native animals that they encounter in the natural environment.

“Thus this key has broader appeal to anyone interested in finding out more about our native fauna.” 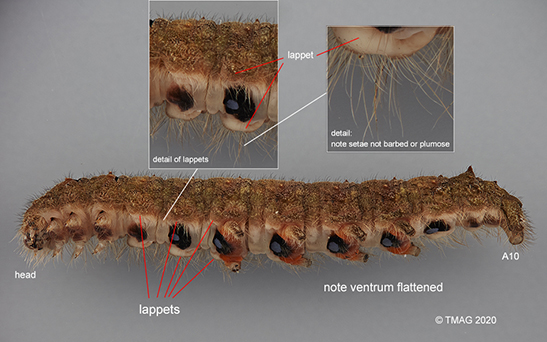 As caterpillars are difficult to identify, the Lucid Key provides another tool in the arsenal for preventing the establishment of exotic pests, as it will be able distinguish most caterpillars encountered at the border or in the bush.

In Tasmania, it will be used by Biosecurity as a tool for identifying pest caterpillars that arrive in the state on plants and plant products.

“The key will assist members of the public to identify caterpillars, but it also highlights the amazing diversity of Lepidoptera and also the quirky and interesting morphology of caterpillars,” Cathy said.

“Educating the public about identification also enhances the public’s ability to detect new pests arriving in the state.”

Cathy and Di’s work involved scouring the literature for information on caterpillars, examining many specimens and painstakingly recording data on hundreds of anatomical features for each family.

“We spent just over a year developing the key and the last six months testing and fine-tuning it,” Cathy said.

“It’s a dynamic product, though, and we encourage users to contact us with any suggestions or comments, which we can integrate periodically.”

So far the key includes around 80 of the approximately 130 families of Lepidoptera, as well as fact sheets about families of biosecurity importance to augment identification, with fact sheets for all families to be added eventually.

It is user friendly, including a detailed entomological glossary and a How to Use guide, and also incorporates features to assist in difficult identifications.

The Caterpillar Key was funded by the Australian Government Department of Agriculture, Water and the Environment and is freely available online at https://keys.lucidcentral.org/keys/v3/the-caterpillar-key/ 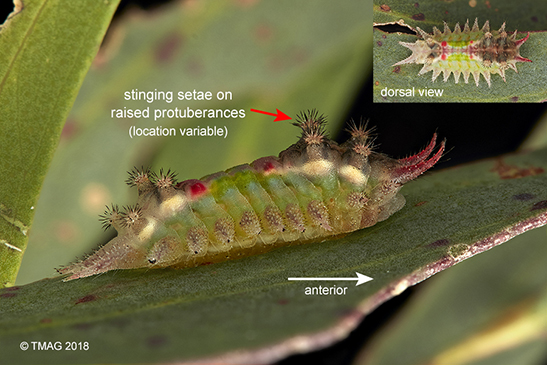