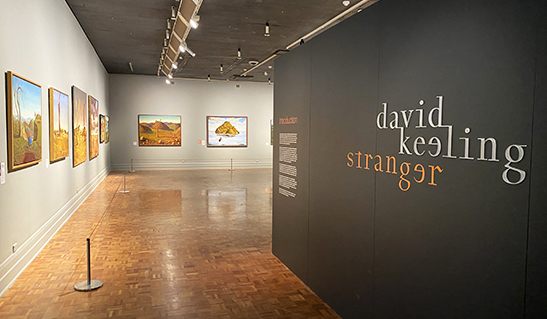 This summer, Tasmanian Museum and Art Gallery (TMAG) is proud to present a survey exhibition celebrating the achievements of a Tasmanian artist at the height of his career.

David Keeling: Stranger features more than 70 artworks by the Launceston-born artist, dating from the 1980s until today, many of which are from private collections and are therefore being exhibited at TMAG for the first time.

The exhibition is part of TMAG’s series recognising living Tasmanian artists that includes Julie Gough: Tense Past (2019), Things I once knew: the art of Patrick Hall (2015), and Illumination: the art of Philip Wolfhagen (2013).

While the complexity and flaws of the landscape tradition remain a central concern for Keeling, he has also been influenced by international art movements – particularly surrealism and symbolism – to establish a truly unique oeuvre.

A regular visitor to TMAG, Keeling has drawn from its iconic collection items such as colonial paintings by John Glover and William Buelow Gould, taxidermy animals, Governor Arthur’s Proclamation Board, and Fanny Cochrane Smith’s recorded song.

“At the same time, he has been influenced by international movements such as the Italian Renaissance, Surrealism and Classicism,” Jane said.

“The combination of elements which are both local and global, contemporary and historic, makes for a compelling body of artworks which match brilliantly with the aspirations of TMAG to tell Tasmanian stories.” 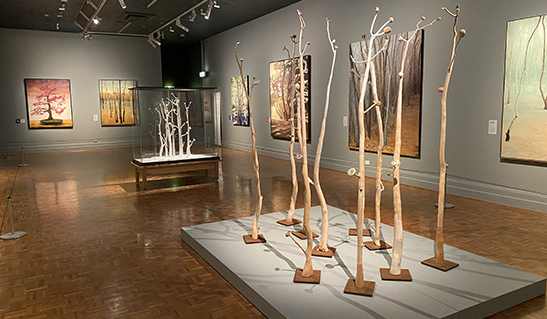 The exhibition title refers to an unsettling presence – a stranger – in nearly every one of Keeling’s landscapes which have been ‘invaded’ by unfamiliar people and objects.

In his more recent paintings of Tasmanian forests, the viewer becomes the stranger as they are invited to enter into the uninhabited environments.

TMAG Director Janet Carding said the museum was proud to be able to celebrate the work another Tasmanian artist, following the success of last year’s exhibition Julie Gough: Tense Past.

“David Keeling: Stranger had been planned to open earlier in 2020, but the exhibition was delayed thanks to the museum’s temporary closure due to the COVID-19 pandemic,” Janet said.

“However, I am so pleased that the many lenders of the works, from all around Australia, were able to accommodate the change in schedule and that we are able to present this wonderful exhibition at TMAG over summer.

“I’d also like to acknowledge the support of the Foundation of TMAG, whose assistance in presenting David Keeling: Stranger and in supporting TMAG year-round is always so greatly appreciated.”

David Keeling: Stranger is on show in Argyle Galleries 1-4 from 20 November 2020 until 14 February 2021. David Keeling will be in conversation with curator Jane Stewart on Saturday 21 November at 11:00 am in the Central Gallery, reserve your free ticket here. 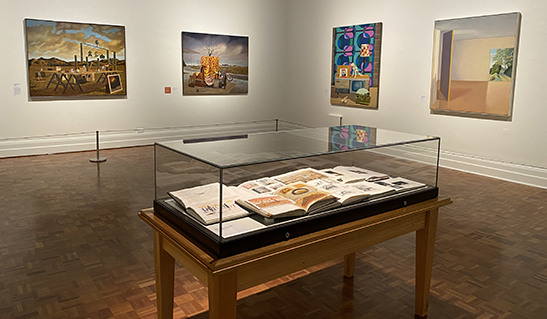