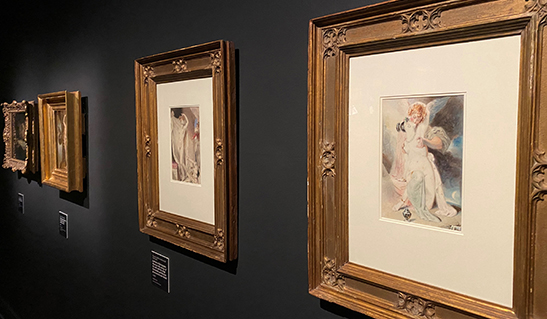 This winter, the Tasmanian Museum and Art Gallery (TMAG) is proud to present a world-first exhibition focused on one of Australia’s most intriguing colonial artists, Thomas Griffiths Wainewright.

Paradise Lost: Thomas Griffiths Wainewright explores the life and art of the notorious artist and convict, who was born in England in 1794 and died in Hobart in 1847.

It’s the first major exhibition dedicated to Wainewright as an artist – despite his acknowledgement as one of Australia’s finest convict artists, and his infamy as a suspected poisoner which inspired writers including Charles Dickens and Oscar Wilde.

“Wainewright was a man-about-town and well-liked in Regency London, until he was convicted of forgery and rumours emerged of him poisoning his relatives for money,” Jane said.

“From here on, he lost all credibility as an artist in England and his reputation as a gentleman poisoner snowballed.

“He is however acknowledged as the best portrait painter from the colonial period in Australia, but there has never been an exhibition about him.” 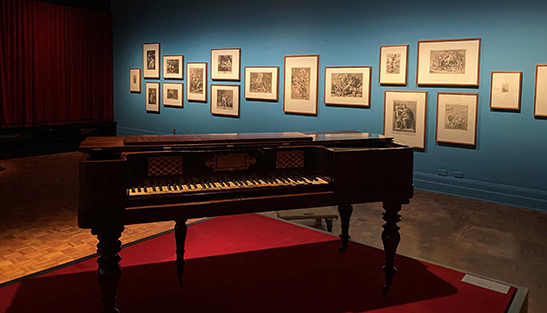 Paradise Lost features 44 artworks by Wainewright – by far the largest number of his works ever brought together – including portraits, narrative-based sketches and watercolours, and a number of recent discoveries which shine new light on his oeuvre.

The exhibition also includes works from collections in Australia and New Zealand by two of Wainewright’s artistic inspirations, Henry Fuseli and William Blake, as well as a selection of Old Master prints by artists including Titian, Raphael, Correggio, Da Vinci, Rubens and Michelangelo to evoke the magnificence of Wainewright’s personal art collection.

“I think people will be surprised by the exhibition,” Jane said.

“Wainewright was known for his portraits, many of which were made to curry favour with those in power, but we also have some sketches and watercolours of narrative scenes which imply that the work he did as a convict in Hobart was more poetic and wide-ranging.”

TMAG Director Janet Carding said that the exhibition, which had been in development for more than five years, would present a new perspective on the passionate, talented and enigmatic artist.

“In November 1837, the convict ship Susan sailed into Sullivan’s Cove and moored at the Old Wharf – a stone’s throw from the Bond and Commissariat stores which are now part of TMAG – with Wainewright on board” Janet said.

“We can only imagine what he would have thought if he had known that two centuries later he would be the subject of a major exhibition focused on his artwork at that very same site!”

Paradise Lost is presented by Dark Mofo and TMAG. It is on show in Argyle Galleries 1-4 from 11 June until 3 October 2021. For more information, click here. Please note, some content in the exhibition is not suitable for children under 18 and parental discretion is advised. 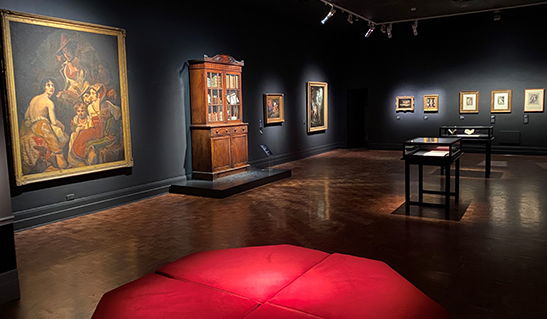