Tasmania's Colonial Past in Focus 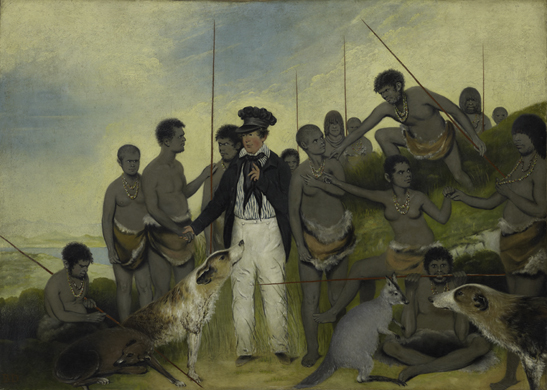 The National Picture has been developed in partnership with the National Gallery of Australia (NGA) and is a major exhibition of colonial art works and contemporary responses to the Black War in Tasmania.

“It is a wonderful chance for Tasmanians to see major works from TMAG’s collection – many of which are usually on permanent display in our Dispossessions and Possessions gallery – sitting alongside colonial works from other institutions that have been rarely seen in the state,” Ms Carding said.

“Visitors will also be able to see responses to these works from contemporary artists, including Tasmanian Aboriginal artists Julie Gough and Ricky Maynard.

“I hope that Tasmanians will visit TMAG over the coming weeks to see this important exhibition and learn more about the Black War, a traumatic and violent time in our state’s history.”

Also opening today is an exhibition of exquisite drawings, watercolours and daguerreotypes by convict artist Thomas Bock, developed in collaboration with the UK’s Ikon Gallery.

Bock (c.1793 – 1855) was sentenced to 14 years transportation in Birmingham in 1823, and when he arrived in Van Diemen’s Land he was set to work capitalizing on his trade as an engraver. He received his Absolute Pardon in 1835, and emerged from his convict sentence to become one of the most sought after artists in the colony.

While he is best known for the many commissioned portraits he produced over 30 years in Hobart, the exhibition Thomas Bock is focussed on a collection of sketches which build a trace record of the world he occupied, as well as likenesses of former convicts and others who experienced various levels of hardship and prejudice.

“Thomas Bock demonstrates not only Bock’s technical skill, but also his sensitivity to a wide range of subject matter,” Ms Carding said. 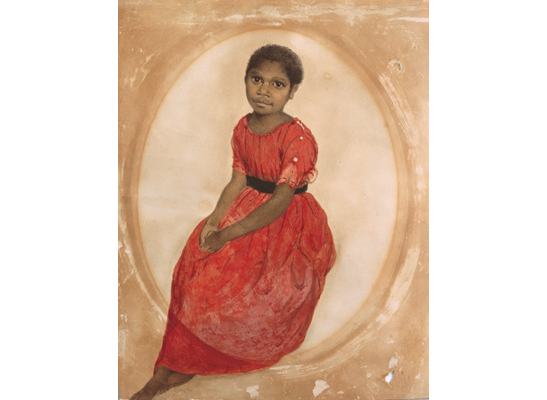 “His portrait work features rich observations of a wide range of subjects, including the extraordinary series of portraits of Tasmanian Aboriginal people, now held in the British Museum but on show in Australia for the first time as part of this exhibition.”

“Also part of the exhibition are personal sketches Bock made at home or in his studio, often of family members, as well as nude studies that showcase his life drawing skills.

“It has been wonderful to collaborate with Ikon Gallery on this exhibition, bringing to life the significant body of work of one of Birmingham – and Hobart’s – most fascinating artists.”

The exhibitions are accompanied by a range of public programs, including a forum discussing the themes explored in The National Picture at 11:00 am on Friday 17 August, and a Thomas Bock curator floor talk at 11:00 am on Saturday 18 August. 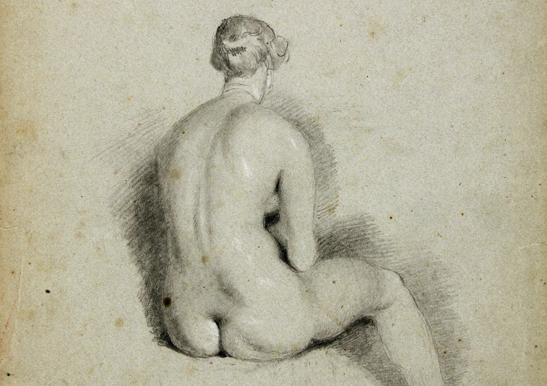