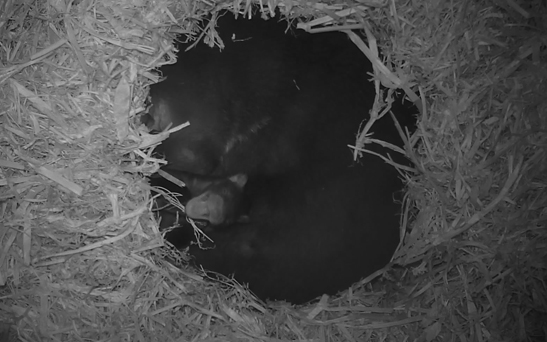 TMAG has worked with a range of partners throughout Tasmania to bring the devil’s story to light and show how efforts are continuing to combat the deadly Devil Facial Tumour Disease (DFTD).

These include the Save the Tasmanian Devil Program, Devils@Cradle, the Menzies Institute for Medical Research, the University of Tasmania, Bonorong Wildlife Sanctuary and the Tasmanian Land Conservancy.

We partnered with the Devils@Cradle wildlife sanctuary in North-West Tasmania to create the below film, which shows a mother devil tending to her young.

Earlier in 2017, a false nesting box was placed in one of the sanctuary’s devil enclosures and was soon occupied by a female looking for a safe place to rear her pouch young. Concealed cameras allowed her and her young to be filmed as they were cared for, grew and became independent.

Watch mother devil Mishka, and her three babies (born in May 2017), below: