West: Out on the Edge Key Themes and Stories 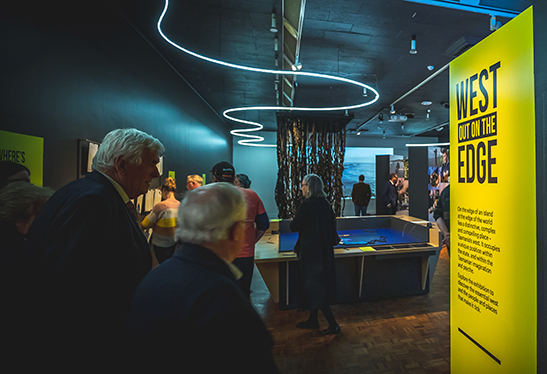 West: Out on the Edge explores, across four galleries, what makes the west tick: from its natural environment to its people, and from its industries to its inspirational qualities.

What is the west? 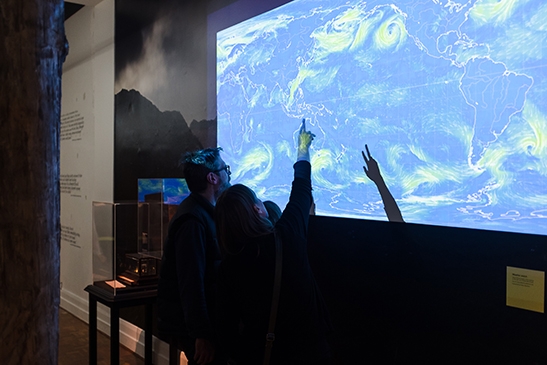 Tasmania’s west is geologically ancient and the plants and animals that inhabit its distinctive terrain are largely a response to its geology and shape the ways in which humans interact with the environment.

In the exhibition, learn about the west’s unique natural landscape, which has been home to Tasmanian Aboriginal people for tens of thousands of years. Admire an installation of kelp harvested from the beaches of the west coast, and see kelp water carriers crafted by Tasmanian Aboriginal artists.

Find out about the region’s geological history and harsh weather, and discover more about what survives in this often inhospitable environment. See specimens of the diverse array of plants, animals and minerals found in the region, and get interactive by comparing your own height to the average annual rainfall in the wet and wild west.

Living in the west 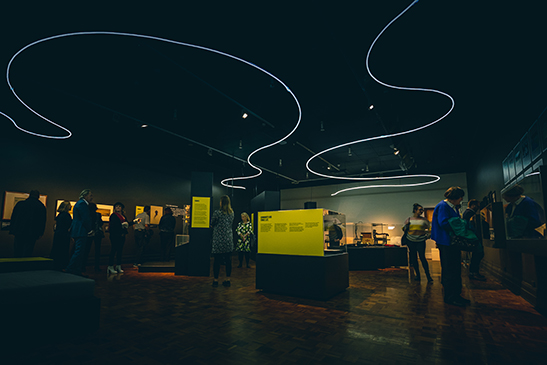 People have often faced obstacles living in Tasmania’s remote and rugged west, which today is home to tight-knit communities, united by a common purpose and culture as well as a shared history of independence and self-sufficiency.

In West: Out on the Edge, discover the stories of people who have called the west home throughout its history. Learn about Tasmanian Aboriginal people who have been caring for Country for generations, and their experiences following European colonisation. Hear a contemporary response to the systematic and brutal removal of Tasmanian Aboriginal people from their families and homelands to captivity on Sarah Island.

Find out the stories of convicts sent to the remote west, and see relics of the notorious Macquarie Harbour Penal Settlement such as convict-made bricks. Hear stories of those who went to the region willingly to visit or make a living in trade and industry, and see items such as Lady Jane Franklin’s travelling chair from her journey west in the 1840s.

Finally, get to know more about family and community life in the west, from the 1800s until today. See personal family mementoes and hear the memories of those who grew up in the west, and get to know some west coast past times such as playing on Queenstown’s iconic gravel oval.

Working in the west 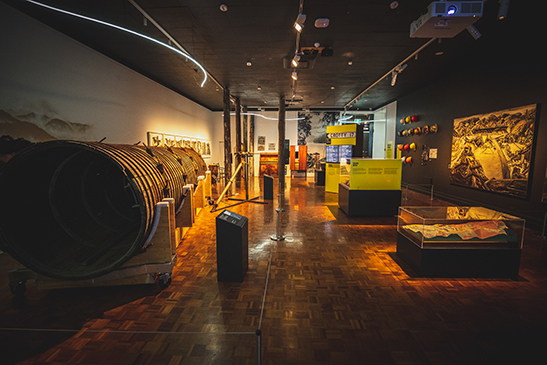 The west’s natural resources, particularly its high concentrations of minerals, abundant rainfall and thick vegetation, have sustained and shaped its communities and created a distinctive culture in the region.

In the exhibition, learn about the west’s major industries, including hydropower generation, mining and forestry, and see objects related to this industrial history, including samples of the precious minerals mined there and an original section of the 1930s wooden pipeline that carried water in the Lake Margaret Power Scheme.

Discover how making a living from the environment has historically been a risky venture in the west, through stories such as the 1912 Mount Lyell Mine Disaster which is retold through the letters the trapped miners wrote while they were underground.

See unique furniture created by Tasmanian craftsmen from timber harvested in the west, and also find out about new ways people in the west are interacting with the environment through tourism to create a more sustainable future.

Inspired by the west 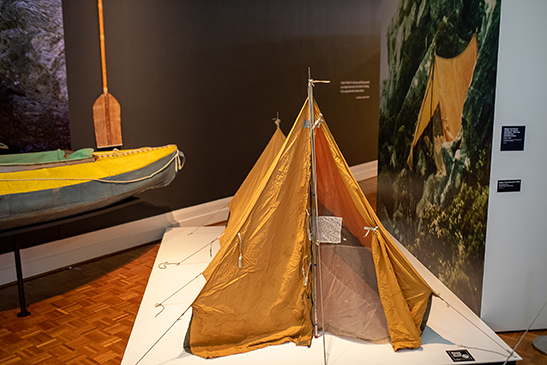 Artists have long been inspired by the west – from painters influenced by Romanticism and notions of the sublime to depict its dramatic landscapes, to photographers who captured nature with their cameras and used their images to lobby for its protection.

In West: Out on the Edge, view works in a variety of media from Tasmanian artists past and present, including William Charles Piguenit, Sarah Mitchell and James Newitt. See the tools of the trade used by photographer Olegas Truchanas to capture his iconic images of the west, including his tent, kayak and camera.

Also, discover the stories of the novelists, poets and filmmakers who have set their work in the west, including silent film star Louise Lovely’s labour of love, Jewelled Nights, filmed at Savage River in the 1920s. See the precious few minutes that remain of the film and also admire Louise’s travelling trunk and the costume she wore on screen.

Finally, hear about how the west continues to be a source of and inspiration for creativity, from new festivals to artist-run initiatives, and listen to contemporary artists describing their work and creative spaces in the west today.