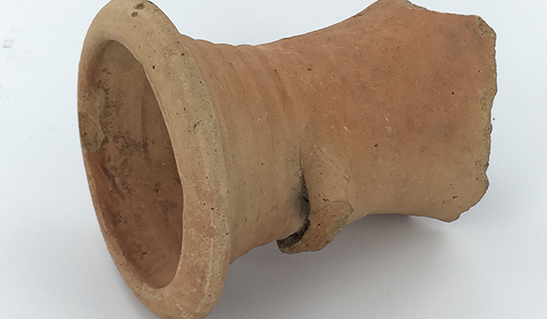 (Dis)placed is a complementary exhibition to Not so Easy and includes archaeological ceramics given to the Tasmanian Museum and Art Gallery in 1939, by the Guildhall Museum in London. The objects span a period of 1,500 years and were excavated from the famous “one square mile” – the original Roman city of London. Amongst the earliest objects are sherds and vessels from the Roman period. Also included are everyday objects, both made in Britain and imported, from the Mediaeval and Renaissance periods and up to the 18th century.

(Dis)placed coincides with the 15th Australian Ceramics Triennale, 1 - 4 May 2019. Included in TMAG's ceramics celebration are Not So Easy , Fifty Shades of Blue and Studio Ceramics.