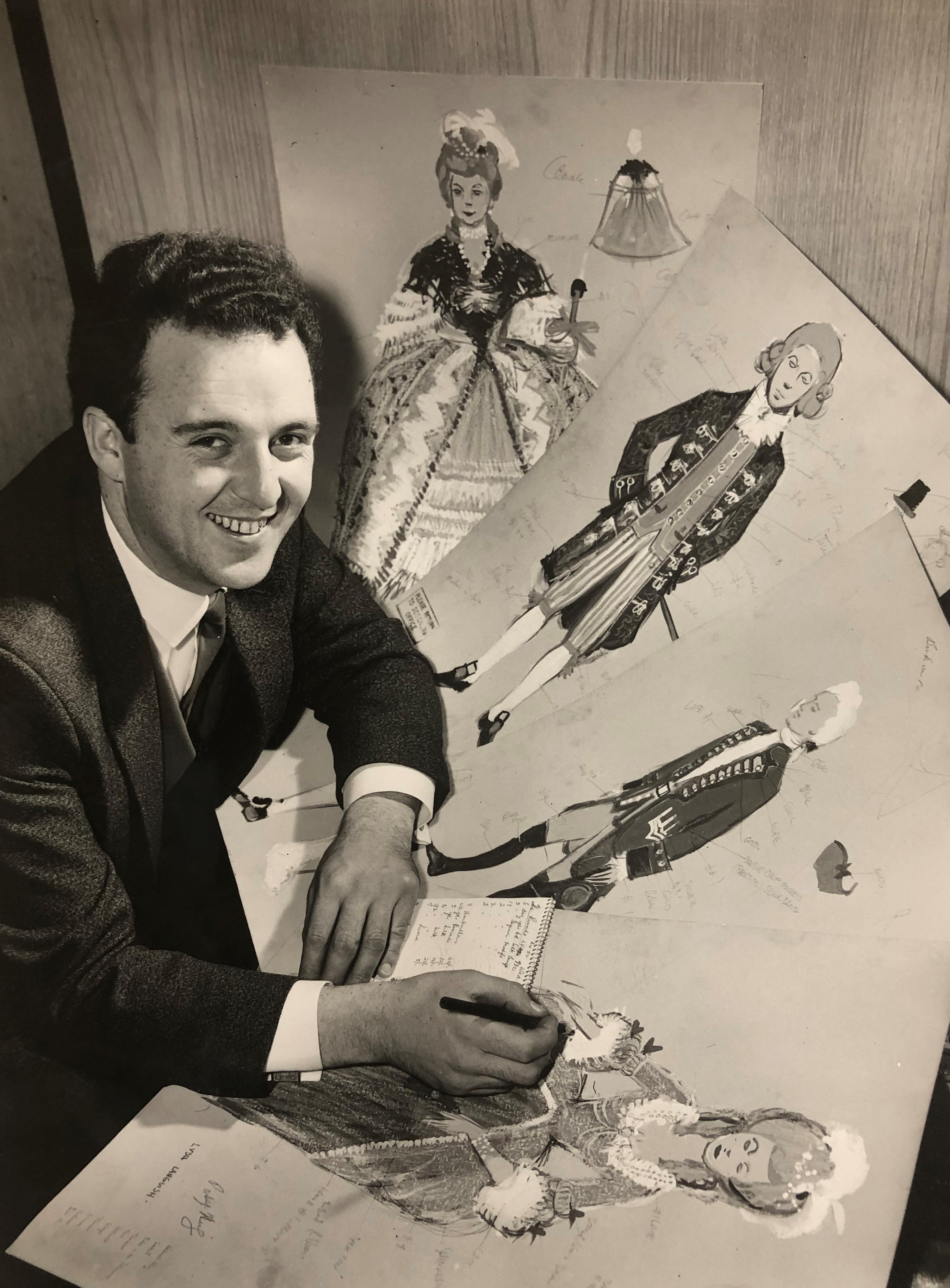 Time takes its toll on art, even when stored in a stable environment that the Tasmanian Museum and Art Gallery (TMAG) maintains, paintings are subject to many factors that contribute to their deterioration including light, heat, moisture, air pollutants and dust.

In 2020-21, TMAG was thrilled to receive the generous support of the Keith Clarke Foundation to conduct conservation on a selection of works painted in oil on canvas and board. Conservation of these nineteenth century oil paintings takes time, skill, research and a range of materials, which the funds are helping to support.

Keith Clarke (left), was born in Melbourne and left school to take evening classes in tailoring, design, hair and make-up, all of which were critical elements for working in television and stage production. Fondly known as ‘Designing Man’, for decades Clarke was the ABC’s wardrobe supervisor, and also crafted costumes for Opera Australia and the Australian Ballet. He recreated historical clothing, casual wear and full evening gowns, designed Dame Joan Sutherland’s costumes for her 1976 performance of Idomeneo, and was invited to work for the Old Vic Theatre in London.

Clarke’s attention to detail saw him ‘dress’ the horses for a television version of Macbeth, and achieve perfect colour under difficult stage and studio lighting conditions. He was the sound technician’s best friend because, knowing that metal buckles and clips made too much noise, he made all fastenings out of leather or vinyl. It was this level of expertise, matched with his inspired sense of flair, that earned him the description of ‘design genius’ (1).

The Trustees for the Keith Clarke Foundation believe that his memory and commitment to the creative arts is honoured well by the donation to the conservation of paintings in the TMAG collection, which include a pair of 1840s colonial portraits in need of conservation of the paintings and frames. They are Henry Mundy’s Portrait of Mr Gore, the Father of Elizabeth Gore (c1840) and Portrait of a Female Ancestor of Barrie de Jersey (possibly Mrs Gore), artist unknown.

These two works were part of a group of four portraits of the Gore family, which were donated to TMAG by a descendent in 2008. Three of the four works were attributed to Henry Mundy (2), and it is highly likely that Mundy also painted the fourth. Two portraits were in better condition at the time of donation and, following simple conservation treatment, are now on display in the Colonial Gallery. However, the two remaining works required significant conservation before they can be displayed so, with the support of the Keith Clarke Foundation, TMAG’s conservators are undertaking the work required to enable both pieces to safely join the others in the Colonial Gallery. Interestingly, the frames are vastly different and there is some research being undertaken as to the pairing of these frames with these paintings.

The Keith Clarke Foundation is also supporting conservation and investigation of a work entitled Venetian Seascape attributed to Cassotti, about whom very little is known. This small, but lovely, painting has been on display in Government House and will benefit greatly from the conservation treatment it is currently undergoing. In the image below it is being photographed and assessed in TMAG's Conservation Lab as part of this process.

As well as making the collection accessible to the public the donation by the Keith Clarke Foundation has other ongoing benefits for the museum, as the technical skills gained and materials sourced through this process will be applied in the treatment of other works in TMAG’s collection.

Unlike most of Keith’s costumes, which were made for impact rather than durability, these paintings will last many more lifetimes thanks to the generous and significant support of the Keith Clarke Foundation.

(Below) Cassotti, F.  Venetian Seascape, oil on canvas, is just one of the works that will be researched and conserved through the support of the Keith Clarke Foundation.

(2) Henry Mundy (1798-1848) was born and trained in London, travelling in Italy and France to add to his artistic knowledge. Mundy moved to Tasmania in 1831 to take up the position of teacher at ‘Ellinthorpe Hall’, a private school for young ladies near Ross. Despite his success as an artist, an economic depression led to a decline in his practice and he ended his life in a Hobart pub in 1848, leaving behind his wife and five daughters.  Mundy’s significance as an artist was somewhat overlooked until the 1980s, possibly due to the fact that he rarely signed or dated his Tasmanian works.