In 2008 the Tasmanian Museum and Art Gallery (TMAG) received a substantial bequest of property and money from Henry Baldwin, the largest single bequest in the Museum’s history and one of the largest bequests to an Australian museum. 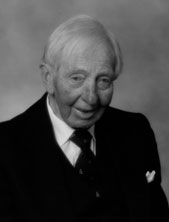 Henry Graham Baldwin was born in Hobart in 1919. He was educated at the Hutchins School and graduated from the University of Tasmania with a degree in engineering science in 1943. From 1947 Henry worked as an engineer with the Tasmanian Government Railways in Launceston and counted his involvement with the assembly of new Y class locomotives in the early 1960s as a major achievement. Henry had a strong interest in Tasmania’s natural and cultural heritage and following his retirement in 1983 he became involved in a number of community organisations.

Mr Baldwin’s family can be traced to Tasmania’s first settlers and includes many prominent families and citizens of early Hobart, including Henry Thomas Maning (Clerk of the House of Assembly) and William Knight Jr. (a merchant and noted colonial watercolourist).

Mr Baldwin also gifted his family home Markree, built in 1926 for his parents Cecil and Ruth Baldwin. Markree is a fine example of early 20th century domestic architecture, it was designed by well-known Tasmanian architect Bernard Ridley Walker, whose work was inspired by the English Arts and Crafts movement. Henry’s father Cecil trained as a landscape gardener and his skills clearly show in the beautiful grounds and gardens at Markree with a water feature, low stone walls, winding pathways and naturalistic planting. Henry also bequeathed two adjacent properties in addition to a considerable sum of money to fund the establishment and running costs of a dedicated house museum for the ongoing benefit and enjoyment of the people of Tasmania.

In accordance with his wishes, Markree was developed into a house museum showcasing objects from the family collection and telling the story of Henry Baldwin’s family. In June 2011 the Markree House Museum & Garden was opened to the public.

The Tasmanian Museum and Art Gallery (TMAG) received a substantial bequest of art works and money from Sir James’ estate in 1989. 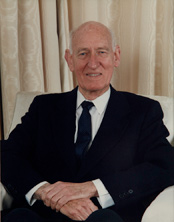 Sir James Plimsoll was born in Sydney in 1917. He graduated from the University of Sydney with a Bachelor of Economics in 1939 and was appointed to the Bank of New South Wales as an economist. He joined the Department of Foreign Affairs in 1947.

Sir James was one of Australia’s most distinguished diplomats and he was described as our most experienced ambassador.

Sir James became the 22nd Governor of Tasmania in 1982. He was hugely popular in the state and his appointment was extended at the end of five years for another three years. He died in office at Government House in May 1987.

Sir James had a great interest in TMAG and its activities and was a patron of the Art Foundation of Tasmania and the Friends of TMAG.

Through his generosity and love of art, Sir James Plimsoll will be remembered by present and future generations of Tasmanians.

In 2010 the Tasmanian Museum and Art Gallery (TMAG) received a portion of money from Miss McKinley’s estate. At the request of the executors and family of the late Miss McKinley her bequest was directed towards the purchase of significant Tasmanian art works and she was acknowledged as the benefactor.

Cecily Jennett McKinley was born in Victoria in 1919. She was the only child of Amy and Thomas McKinley, a prominent Hobart businessman and MHA. Cecily attended The Friends’ School in Hobart and then trained at Hobart Teachers’ College and Launceston Junior Technical College to become an art teacher. She began teaching art at Hobart High School in 1944 and from 1961 until her retirement she taught at Rose Bay High School. Miss McKinley was a devoted teacher and great believer in education. She maintained an avid interest in architecture, theatre and the arts right up until her death.